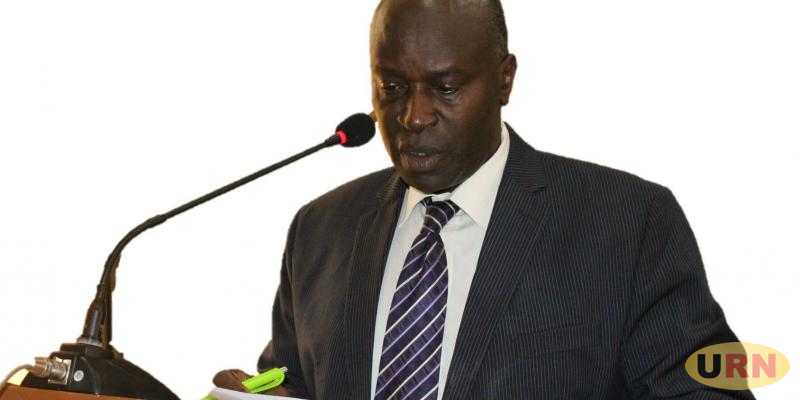 Kyambogo University guild polls have been postponed for the second time within a space of two weeks. The university vice chancellor, Prof Eli Katunguka has postponed the polls from March 11th to March 19th citing the failure by the guild candidates to submit photos without political party symbols and logos.

The polls were initially scheduled to take place on March 10th but they were postponed to March 17th because of the delayed printing of the ballot papers. In his letter to students, Prof Katunguka, says on March 11th, 2020, the Dean of Students wrote to the candidates communicating the position of management on the use of political party or pressure group symbols on the ballot papers.

”It has come to my attention that some aspiring candidates have refused to abide by the management directives,” he said. Adding that, “I wish to reaffirm the University management position by stating that no candidate will be allowed to use political party or pressure group symbols on the ballot papers for guild presidential and guild representative council elections 2020.”

“Please note that the election of student leaders is aimed at electing students whose aim is to address the interests of students at an institutional level on non-partisan grounds,” he notes. Prof. Katunguka reveals that it has come to his attention that some candidates and electoral commission members are using foul language in disregard of established university policy.

He says such defiance has paralysed and delayed the electoral process, making it difficult for the ballot papers to be printed on time thereby affecting the polls. He therefore evoked his powers provided for in clause 31(1)(a) of the Universities and other tertiary institutions Act 2001 to extend the Guild presidential and guild representative council elections 2020 to March 19th, 2020 and Hall secretaries March 20, 2020.

He asked the candidates to submit their photographs without political party or pressure group symbols by 10am on Monday without fail. Katunguka explained that failure for the candidates to comply will leave the University with no choice but to print the ballot papers without candidate’s photographs.

“I want to use this opportunity to urge the Electoral Commission to adhere to the electoral guidelines, remain independent, impartial and transparent in your undertakings for you to deliver a smooth and credible election,” he said. The postponement of the polls has generated mixed reactions from students and candidates.

Trust Nduwayo Mugisha, the Forum for Democratic Change-FDC Guild presidential candidate, says the polls have been extended because of their People power rival who is still insisting on not submitting his photographs without the People power symbol. He says the postponements rest squarely on the shoulders of the Electoral Commission chairperson who failed to submit the candidate’s details on time.

He says the postponement has affected each and every individual in Kyambogo University because they have lost time for doing tests and attend classes. “I myself have lost my finances and sacrificing time for the interest of people.” Nduwayo adds. Godfrey Atwiine, another student says the elections have become costly for them.