No one Can Escape Entebbe Airport Corona Virus Scan–Aviation Authorities 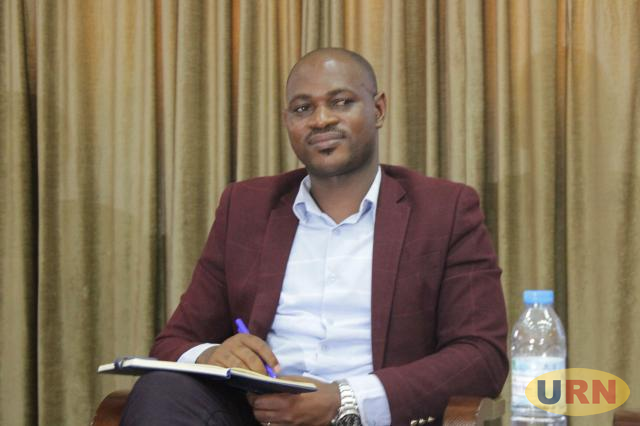 The National Aviation Services-NAS has refuted claims by the Kilak North Member of Parliament, Anthony Akol about the absence of Corona virus screening at Entebbe International Airport.

Akol was kicked out of Parliament on Thursday and advised to self-quarantine after telling members that he had been to South Korea and South Africa in recent days. South Korea, one of the country’s worst hit by the pandemic, has reported nearly 8,000 confirmed cases of coronavirus with at least 71 deaths.

“We have what we call thermal scanners. Someone operating it is a distance, they are picking temperatures at a distance so as you walk through, it will capture your temperatures and someone at a certain point is actually checking your body temperature,” said Bainomugisha.

Adding that, “If your body temperature is raised, it will actually single you out of the crowd, and we put you on aside and appropriate measures are taken.”

He explained that because the three thermo scanners at the Airport have capacity to pick a person’s temperatures within a range of 20 meters, there are high chances that the legislator didn’t notice.

Atek Kagirita, the Incident Commander for Corona Virus Uganda, says they have received reports of some individuals avoiding Entebbe Airport and are using other borders especially through Busia and Malaba.       He says they have alerted all their teams in border towns to ensure all people who enter are screened.

“We are intensifying surveillance. In this, we do screening, we check for possible patients in facilities and we are also receiving reports and continue to encourage the public to report anyone with flu-like symptoms and people are actually reporting,” says Kagirita.

According to Kagirita, the cost of managing Corona virus is so high that the best option now is to prevent the disease from spreading further.

According to statistics by the Ministry of Health, Uganda has recorded a cumulative total of 1,632 high-risk travelers since surveillance commenced late January.  The statistics show that a total of 1,071 are Chinese (about 76%) while 244 are Ugandans.

43 are Italians, 34 South Koreans and 240 constitute other nationals.  At least 606 of them have since completed a mandatory 14-days-quarantine and 986 still under follow up while 26 suspected persons who tested since 29/01/2020 for COVID-19 were negative.

URN has established that government has recalled a total of 85 Chinese nationals who arrived in the country on Tuesday in Kampala for institutional quarantining. Most of them have been put in Chinese hotels where they are to be monitored for 14 days.

Kagirita says the Chinese Ambassador to Uganda has explained that they came in bigger number because there was only one flight from China to Uganda. He however, says among all nationals, they are the most disciplined regarding adhering to the safety measures prescribed.

“The Chinese are doing well. I don’t want us to dwell much on them. By the way, I think 76% of my high-risk travelers are Chinese and from the time we started monitoring them in early February, they have been doing perfectly well on self-quarantining. So I have no problem with them,” Kagirita says.

He adds that; “the only problem is that on Tuesday (March 10, 2020) a number of them came at once. And that was explained by His Excellency the Ambassador when we met with the honorable Minister. Because there is only one plane that can go to China now, once in a week and all of them come at ago. So they came many and we were concerned but we put some mitigation measures to really ensure that they don’t come in big numbers.”

The ministry is currently engaging both physical and phone follow-ups for high risk travelers who have entered Uganda since the outbreak.

Kagirita says the ministry is also discussing the tracking of phones of the high risk travelers to ensure they monitor their movements and ensure effective quarantine.

“We are looking forward to engage some technology to see that their phones are tagged. And if you move a small distance outside that place where you are believed to be, then we receive alerts here at the ministry. So if you’re your house is this and we tag it, and you move outside that house, we shall be seeing the signal here,” says Kagirita.