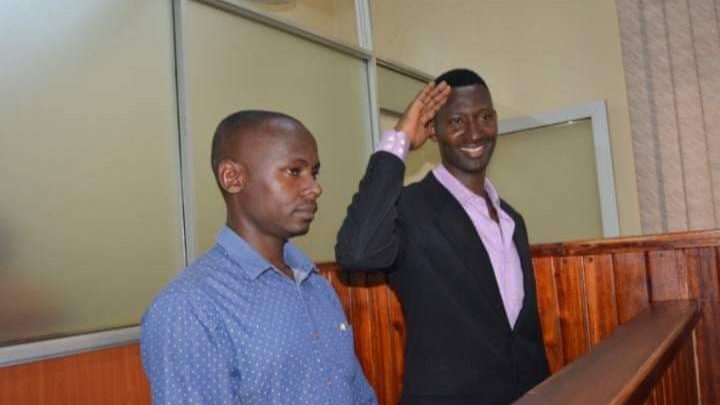 The Kampala City Hall Court has sent to Jail two men who stormed Parliament last month in protest to express their dissatisfaction with the way security agencies treat the Opposition leaders.

In February, Charles Mutasa Kafeero and Dafala Ssenjako reportedly members of the Redtop brigade, a political pressure group that supports some opposition politicians in Kampala appeared before Grade One Magistrate Fatuma Nabirye on charges of criminal trespass and malicious damage.

Kafeero and Dafala denied the charges and were remanded to Luzira after their bail applications fell on deaf ears citing failure to present their National Identity Cards to Court.

According to their lawyer, he asked the court to grant them bail on grounds that they were beaten and tortured during the process of arrest and have substantial sureties and a fixed place of abode but they were instead adjourned to next week.

The prosecution alleges that Kafeero and Dafala unlawfully entered Parliament on February 19, 2020.

The duo jumped from the gallery wearing red berets and fell into the chambers as MPs debated and drama ensued as MPs tried to scatter.