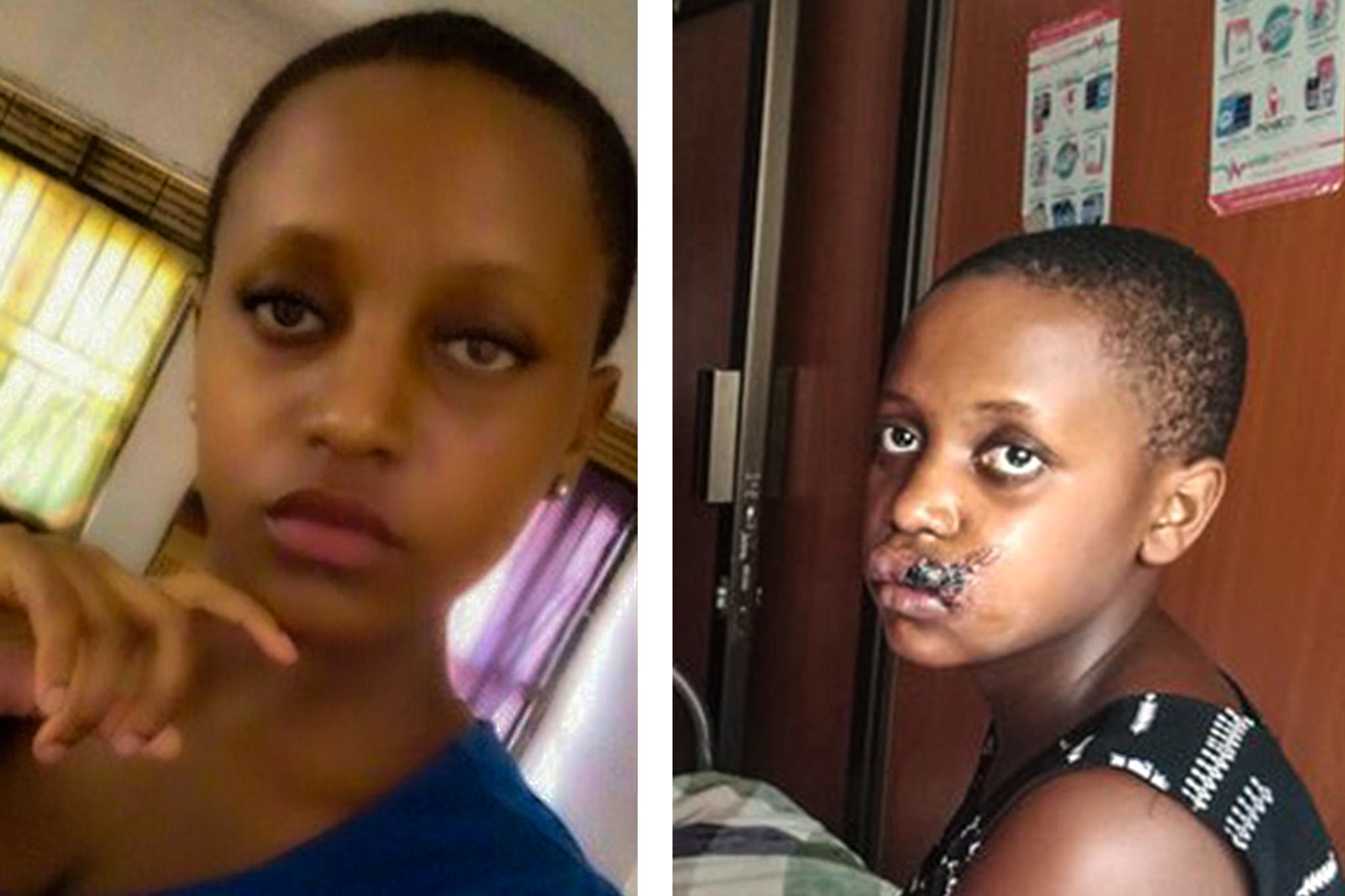 The family of Lowena Rachael Nankya, a senior six student of Lugazi Mixed School who was hit by a rubber on the mouth on Tuesday this week is demand compensation from government.

Nankya was hit by a rubber bullet shot by anti-riot police during their joint operation with Kampala Capital City Authority-KCCA Law enforcement officers against street vendors around old taxi park.

The student was walking with her mother when she was hit. Her mother sustained a broken arm.

She was discharged from Mulago National Referral Hospital on Friday for fear of exposing her to infections and will continue with treatment while commuting from home.

However, Nankya’s family says that her condition hasn’t improved. Her aunt, Yvonne Kasawuli, says her niece is still traumatised and needs serious medical attention, which isn’t available at Mulago hospital.

Kasawuli explains that they want Nankya and her mother moved to a specialised medical facility, which they can’t afford because of the costs involved.

The family lawyer, Allan Mulindwa, says they have written to Inspector General of Police, Martin Okoth Ochola and KCCA ED, Engineer Andrew Kitaka to compensate the two victims for permanent damage to the tune of Shillings 1Billion.

Mulindwa says they are determined to pursue police and KCCA should they fail to comply with their demands in a week’s period.

KCCA Spokesman, Peter Kauju told URN that they are still investigating the matter and no compensation can be done before a final report is presented.

He however, disclosed that they had reached out to Nankya’s family and chipped in on the medical expenses.

The Kampala Metropolitan Police Spokesperson, Patrick Onyango told journalists on Wednesday that four police officers attached to KCCA had been suspended in connection to the shooting.