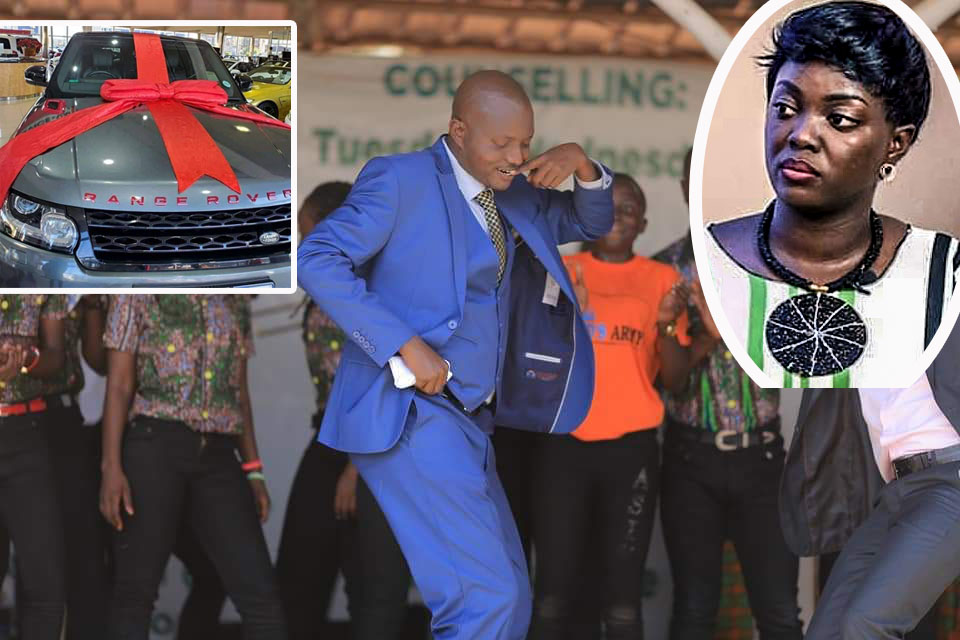 The 300m Range rover was a gift to his newly found love Susan Makula but after too much backlash from his followers and the public was left with no option but to donate it to a gospel singing group identified as New chapter Africa.

The Range rover gift to Makula was not wholeheartedly received by the public who also accused him if using his follower’s tithe to by luxury for his girlfriend.

Last Sunday, Bugingo apologized to his followers and reassured them that he had not bought the car but it had been a gift offered to him by someone who appreciates his godly services.

“I want to thank God I traveled and came back safely, didn’t travel alone but with my Susan Makula, and I want to thank her for not being selfish, people thought I would have given that car to her but when I consulted her to give it out, she accepted,” said Bugingo.

Last year, Bugingo dumped his wife Teddy Naluswa after accusing her of wanting to kill him. He also accused her of conspiring to steal his Church land citing them as some of the reasons why he could no longer stay with her thus demanding for divorce.

Despite Teddy being a church wedded wife, Bugingi demanded a divorce which she denied based on the biblical concept that marriage is created to last forever which Bugingo opposed and moved on with Makula.