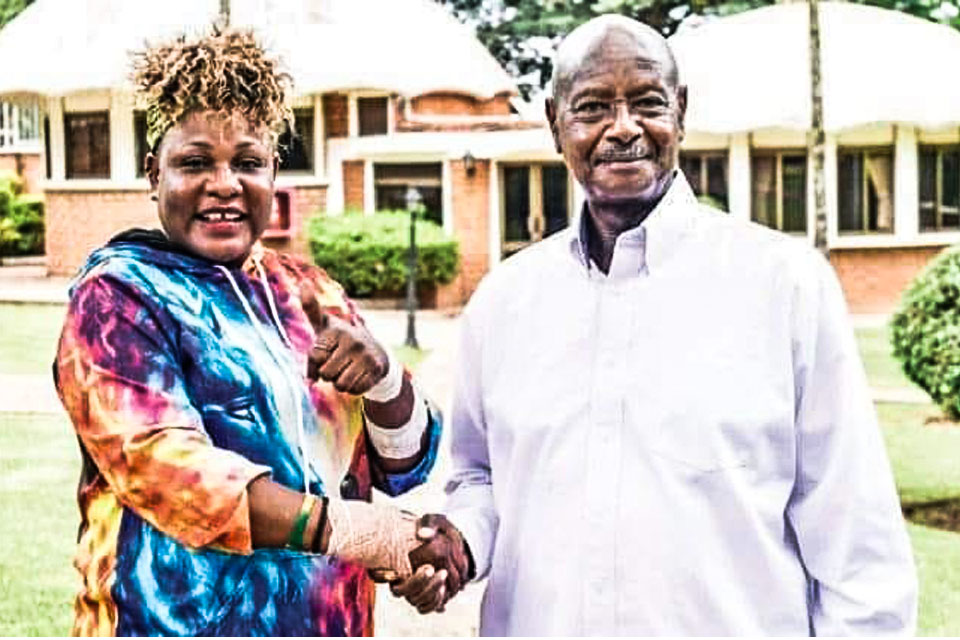 On 12 March the first daughter Natasha Karugire Museveni celebrated her 44 birthday  Many wishes came in to celebrate her birthday including elder brother Muhoozi and many others.

What was out of the ordinally was for Presidential adviser Full figure to wish her a happy birthday calling her “my sister”. In her wishes, she said she wished for her to see her father win all the elections and also claimed that this is the best first family she has ever seen.

However, the birthday message has got the motor-mouthed full figure angry as she received a lot of mockery and criticism from it.

Speaking from Bukeddi FM she said about posting the birthday wishes that she expected the first daughter Natasha to at least call her or comment and say thank you but nothing came out of the 44 year old birthday girl.

Full figure said this won’t waiver her support for Museveni but all she wants is also for her to be supported in such simple things so as to boost her morale.