Kitgum, Mukono Yet to Scale Up Coronavirus Awareness Campaigns 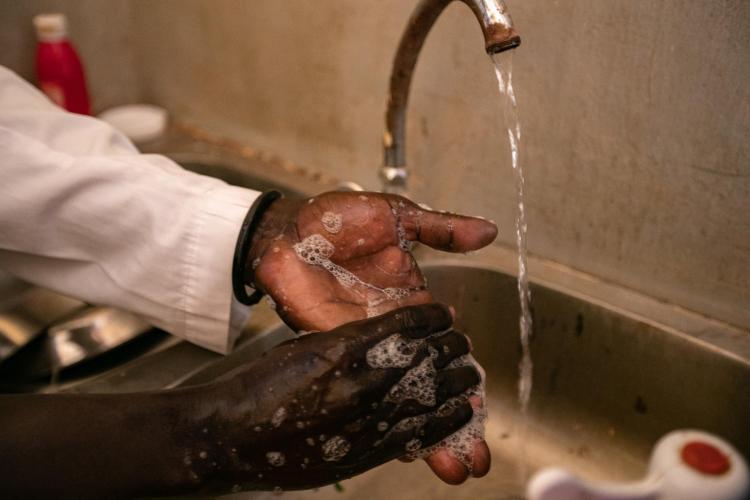 Kitgum District Local Government Authorities are yet to scale up their awareness campaigns and implementation of preventive measures deemed critical in fighting the spread of new corona Virus Disease [COVID-19].

Investigation Uganda Radio Network conducted this morning found out that several public facilities and offices within the district have no facilities for handwashing.

At Kitgum General Hospital, one of the largest health facilities visited by hundreds of patients from all corners of East Acholi and South Sudan, there are still no handwashing facilities and emergency room for isolating suspected patients.

Dr Geoffrey Okello, the Kitgum General Hospital Acting Superintendent says that they are unable to provide handwashing facilities to clients because of their fixed budget.

Dr Okello also confirmed that there is still a low level of sensitization about coronavirus among the community members in the district coupled with limited medical supplies at the health facility.

He says the hospital hasn’t yet identified a ward which can be turned into an isolation unit for patients who show up symptoms of coronavirus saying they are still waiting for directives and intervention from the Health Ministry.

At Kitgum District Local government headquarters, a hand washing container and gel meant for people visiting any department was just put at the main entrance this morning, a week after the district Chief Administrative Officer gave a directive.

Martin Jacan Gwokto, the Kitgum District Chief Administrative Officer says threats of the disease have forced them to device preventive measures as they wait for central governments intervention.

Gwokto notes that all department heads have been directed to purchase hand sanitizer adding that staffs have been barred from handshakes as a preventive measure to combat transmission in case of an outbreak.

Gwokto says since there is no emergency fund, they are now devising ways of acquiring financial resources towards sensitization and purchase of supplies for district local government and Kitgum Genera Hospital for fighting the spread of coronavirus.

Meanwhile, at Kitgum Municipal Town Council, top officials were yet planning to allocate resources for the purchase of hand sanitizer, water containers and gel to aid safe hand washing.

Living Walter Tooroma, the Kitgum Municipal Council Mayor says they had made the plans last week and noted that by this week all supplies needed for hand washing will be available.

Kitgum District Local Government Officials are expected to hold a meeting today and discuss the district’s level of preparedness alternatives sources of funds and ways of embarking on mass sensitization on Corona Virus disease Pandemic.

In Mukono district, some of the places that include district administrative headquarters, both High and the Chief Magistrates court, Mukono Central Division headquarters and prominent bars such as Labamba, Club One, Dot Com, Hive and Temple bars, and gyms don’t have hand washing facilities.

Mukono Chief Administrative Officer James Nkata reveals that the district administration together with the executive has resolved to carry out a massive sensitization targeting mainly its lower administrative units and schools.

World Health Organization recently declared the outbreak of the new disease a Pandemic after more than 100 countries registered its outbreak which has so far claimed more than 6,000 people. Over 170,000 infected globally from the disease that originated from the Chinese city of Wuhan.