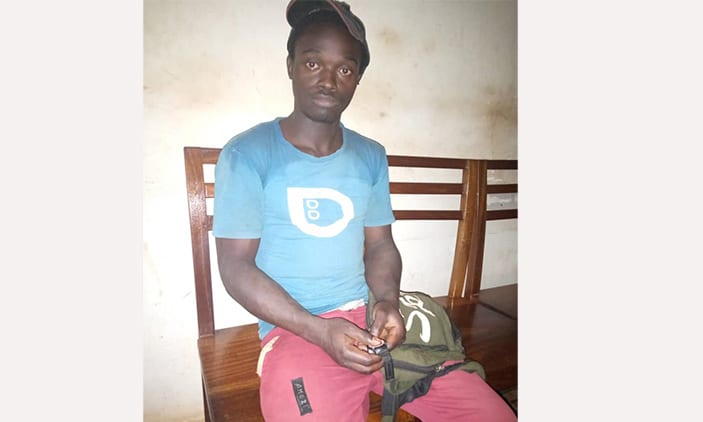 Preliminary investigations by Kira Police show that the suspect broke windows to gain access to the church. He allegedly gathered the property together, doused it with  petrol before setting them ablaze.

According to Owoyesigyire, the suspect confessed to have torched the churches because of anger arising from the fact that they preach the prosperity gospel yet he is stuck in the misery of poverty.

He explained that he brought two litres of petrol and one for paraffin which he used to torch the churches with intentions of burning them to ashes.

Owoyesigyire also says that the suspect told detectives that he was carrying the knives for self-defense in case anybody interfered with his mission.

According to Owoyesigyire, police have recovered samples from the churches forwarded them to the government analytical laboratories.

The suspect will be subjected to a medical checkup to establish his mental state.