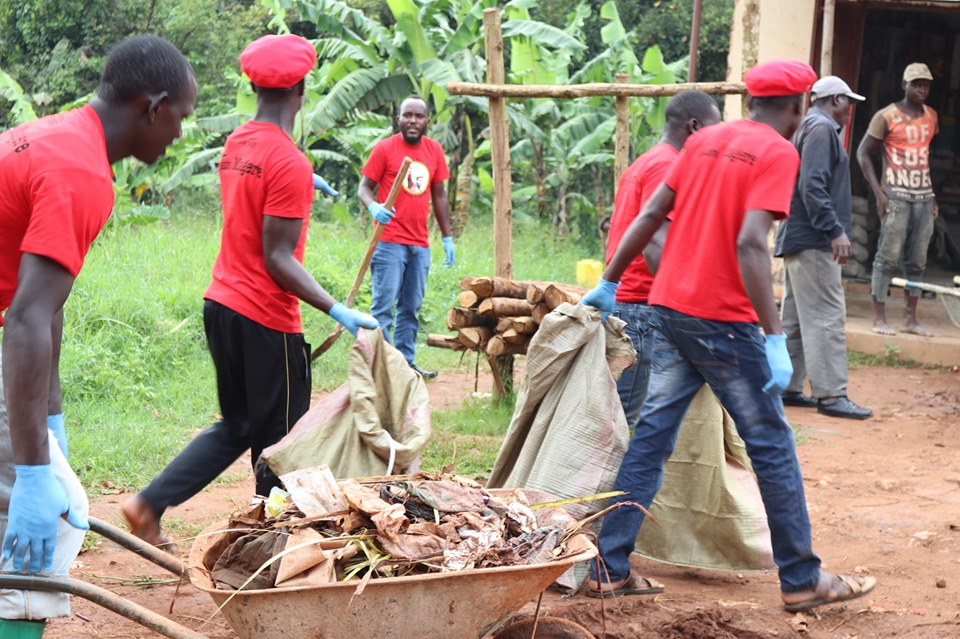 Ministry of Health has announced that every Ugandan will on the last Saturday of every month get involved in communal cleaning.

The Health Ministry has now embarked on National Cleaning Days as a way of disease prevention and proper hygiene promotion.

Julian Komuhangi, the Commissioner Environmental Health at Ministry of Health says they resolved to compel everyone to take part in community cleanliness after realizing that 70% of the disease burden currently in the country are hygiene related and can be prevented by simple practices such as washing hands and proper disposal of waste materials.

She said cleaning will be done under the supervision of local authorities who will also decide on how to punish those that will not comply. She noted that even with awareness and sensitization on what just hand washing can prevent, statistics show that only 36% of Ugandans wash their hands at critical times such as after using the latrine, after cleaning babies poo and before or after eating.

When asked about their implementation plan, Komuhangi said they have already written to local governments directing them on implementation.

However, as they embark on communal cleanliness days threatening penalties for those that don’t comply, Marie Nanyanzi, a program officer at Twaweza says the reality on ground is that this communal work is mainly practiced by rural dwellers. She said the organization undertook a survey dubbed ‘Sauti Za Wananchi’ to establish citizens’ views and experiences on community cleaning and found that only 46% of the households reported having special designated days for a general cleaning. Of this, 52% were from the rural and 39% from the urban.

Nanyanzi says they also looked at the role of local council leaders and found that only 46% had local water management committees and these too were less common in the urban areas at just 35% and that when they went to the citizens to ask whether they participated in communal cleaning, only 25% reported to have ever participated.

Marking the national cleanliness days will be launched in Kampala next weekend and will involve officials from Ministry of Health, together with local council leaders cleaning trenches, collecting garbage in the various city divisions.