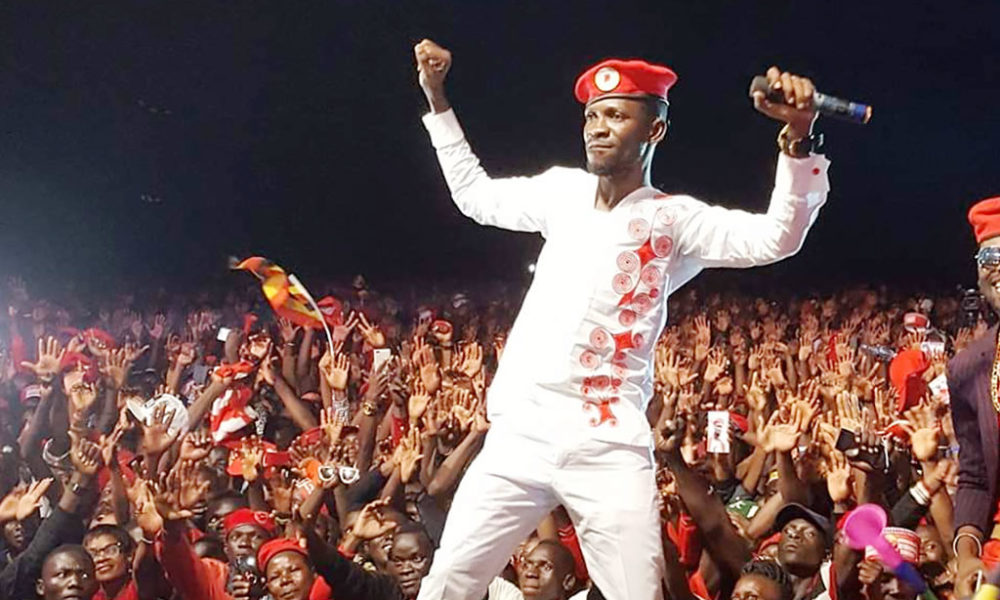 Fresh word reaching our news desk indicates that the people of Kaliisizo town in Rakai District, Central region of Uganda have already started recognizing the presidential hopeful Robert Ssebtamu Kyagulanyi aka Bobi Wine as their President before even the general elections.

The people of Kalisizo came out and claimed Bobi Wine as their President by branding very big posters on different roadsides with a theme that says “Mission_Possible Kyagulanyi For President2021”.

People Power movement led by Kyandondo East Member of Parliament Robert Ssentamu Kyagulanyi is growing bigger every day and many youths are trying so hard to make it possible for their leader to take up the Presidential seat.

Mobilizations in different areas are still ongoing as they prepare for the general elections in 2021. Apparently, People Power is now only threat that has put more pressure on the ruling party National Resistance Movement led by Yoweri Kaguta Museveni.