Another Woman hit by stray bullet shot by Police 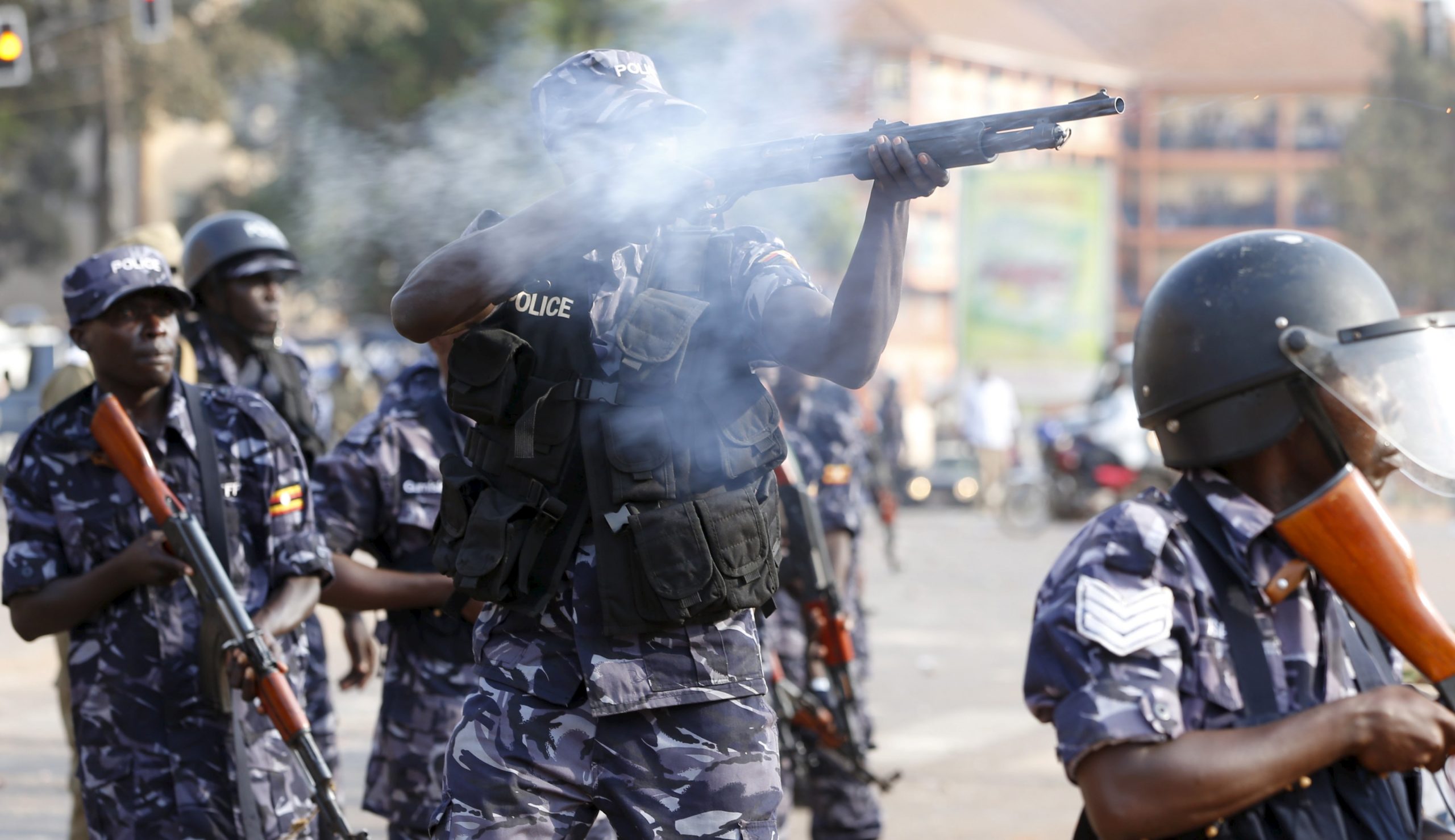 A woman is nursing a gunshot wound at Jinja Regional Referral Hospital after being injured by a stray bullet during a protest by residents against the poor state of Amber Court-Mbulamuti road.   Jalia Mutesi was hit on Monday afternoon when police opened fire to disperse the protest, which started on Saturday.

Police used teargas and live bullets to disperse the protestors who had lit old tires, dug ditches and piled stones in the middle of the road blocking traffic flow.

Mutesi, who hails from Buwenda village, was heading to Amber court market on a motorcycle but was forced by the protesters. She was hit by a stray bullet hit in the right hip as she was walking on the roadside.

According to Mutesi, police officers left her lying helplessly on the ground only to be rescued by passersby who took her to Kimaka health center III from where she was referred to Jinja Regional Referral Hospital for further management.

A health worker told URN on condition of anonymity that Mutesi will be examined by a specialist doctor this morning.

“What I can confirm is that, Mutesi was shot by an explosive and a specialist doctor will examine her this morning to foster better management,” he said.