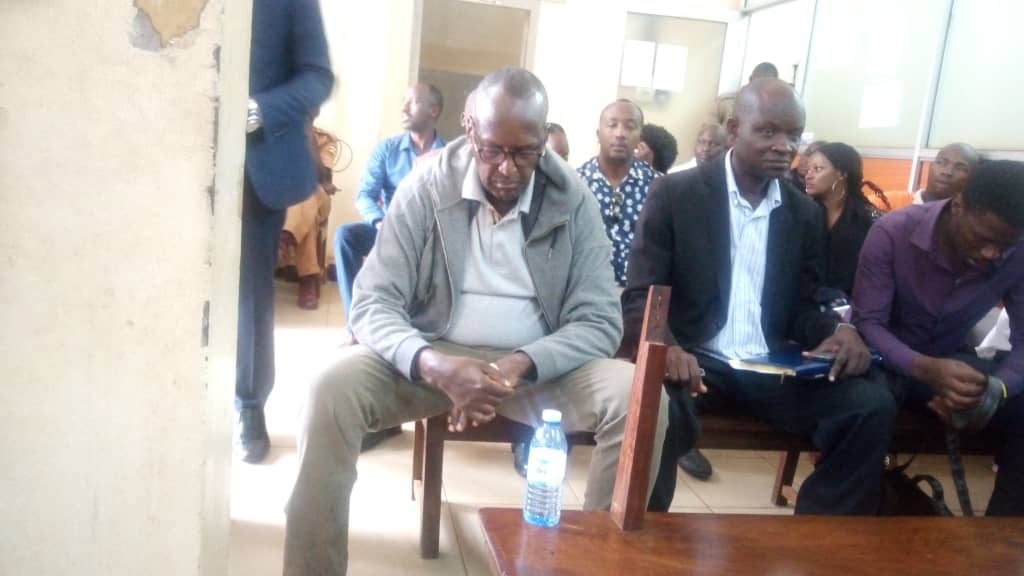 Gen Henry Tumukunde has today Wednesday been paraded before the City Hall Magistrates Court for formal charging where he has been charged with Treason and unlawful possession of firearms and then remanded to  Luzira Prison until March 30.

Gen. Tumukunde who was last week arrested after he announced intentions to challenge Museveni in 2021 and was later admitted at Kololo Hospital where has been undergoing treatment.

After his arrest Last week Police said Tumukunde wa most likely going to be charged with treason after making alleged treasonous statements during  radio and television interviews.

On Thursday last week, a team of security personnel led by Director of Criminal Investigations Directorate (CID) Grace Akullo and Elly Womanya the Commandant Police Special Investigations Directorate (SID) stormed his Kololo based offices where he was arrested and whisked to CID Headquarters in Kibuli for a statement and later taken to SID Kireka.

The Police Spokesperson noted that the retired military General was being arrested on charges of treason.

“…..He in addition, calls on the support of a neighboring country to support him in removing the current leadership with or without the ballot,” Enanga added.

Uganda and Rwanda have been at logger heads with each other for more than a year since Kigali accused Uganda of supporting persons that want to destabilize Rwanda and also illegally arresting Rwandan citizens.

Tumukunde is being charged under 23 (2) b and 23 (3) b, of the Penal code Act, which deals with instigating persons to invade the Republic of Uganda and inciting any persons to make a mutinous assembly.

Section 23 of the Penal Code Act (PCA) states that a person commits treason when he/she levies war against Uganda, unlawfully causes or attempts to cause the death of the President or maim or dis􀃝gure him/her or aims at the person of the President any gun or offensive weapon whether it contains any explosive or destructive substance or not; (c) contrives any plot or act and expresses or declares such plot,act by any utterance or by any overt act in order, by force of arms, to overturn the government….The same Act provides that once convicted of treason, one is liable to suffer death by hanging.