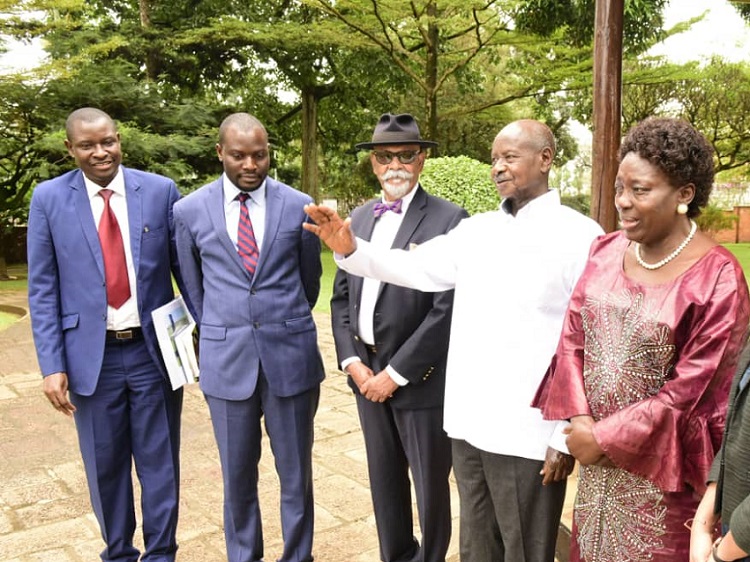 The Speaker of Parliament, Rebecca Kadaga has hit back at Uganda Medical Association-UMA for expressing reservations about the purported advanced sanitizer that can kill the COVID-19 virus.

In her communication to the house on Tuesday afternoon, Kadaga questioned why the UMA leadership didn’t find it necessary to engage her office on her comments about the sanitiser instead of running to the media.

Her statement came hours after Uganda Medical Association issued a statement refuting Kadaga’s claims that Prof. Sarfaraz K. Niaz, an inventor and advisor to the US Congress and government has discovered a vaccine that can kill the corona virus.

In a statement jointly signed by Dr. Richard Idro, the President Uganda Medical Association, his General Secretary, Dr. Muhereza Mukuzi and Dr. Misaki Wanyengera, a senior scientist and Senior Lecturer, Makerere University, the medical association noted that the SARS-COV-2 coronavirus, which causes COVID19 is a new strain of coronaviruses that was discovered to cause human disease less than 3 months ago and has no known cure.

The association expressed concern about quack cadre scientists, saying Kadaga’s statement diverts the population from known and effective preventive messages. They also questioned how the United States (US) would give the patent of a potential cure to a country without a single case of corona virus, when it has thousands of cases.

Now, Kadaga says Uganda Medical Association should have consulted her before addressing the press on the matter.

She insists that Prof. Safraz’s sanitizer is effective, advanced and kills COVID-19 instantly.

Kadaga accuses the doctors for trying to fight the new Sanitizer to probably push the interests of other companies. She defended Prof. Safraz’s sanitizer as safe to be applied on hands and surfaces without causing any health risks. She said the plan is to massively produce and distribute the product to stop the spread of COVID-19 all over the world.

Kadaga said that she doesn’t deal with quacks and asked the medical association to apologize for their statement.

According to his profile, Sarfaraz K. Niazi is an adjunct Professor of Pharmaceutical science at the University of Illinois. Niaz advises regulatory agencies and creates technology to make medicines more accessible.

He reportedly teaches through his over 50 books and 100 patents in the pharmaceutical and bio-pharmaceutical field. In 2014, Sarfaraz K. Niazi was recognised by the Forbes magazine, as “the most interesting man changing healthcare.”