Police shoots 11 year old in the back in Hoima 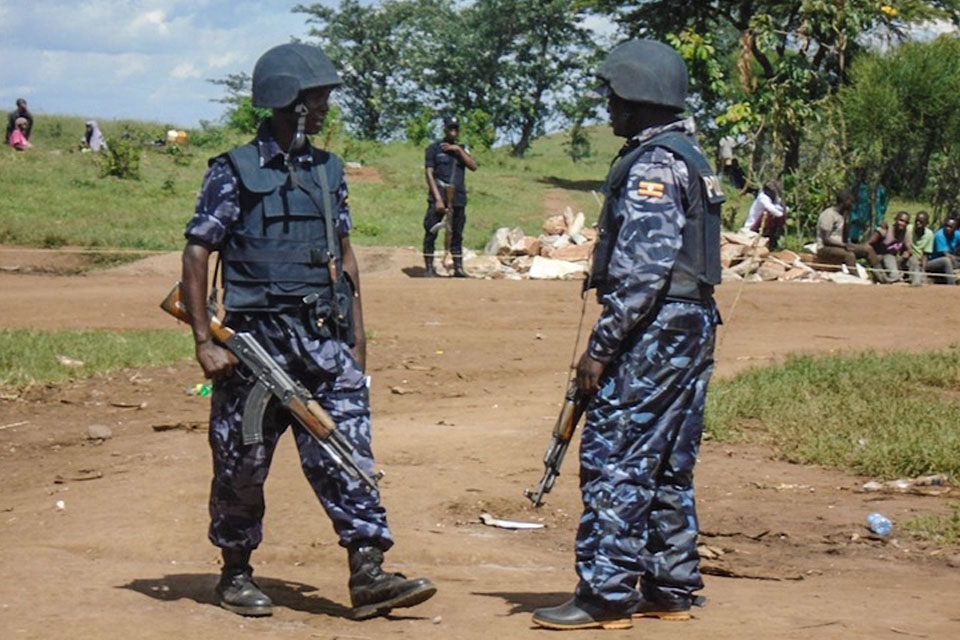 Two people were shot and critically injured on Tuesday in Kikuube district.

The two victims Lampard Owinji (26) and Denis Baraka (11) are admitted at the Hoima Regional Referral Hospital.

The duo are residents of Rwengabi village kaseeta parish Kabwoya sub county Kikuube district. Owinji was shot in the hand and stomach, while Baraka was shot in the back.

Patrick Okwairwoth, the area LC1 Chairperson told Uganda Radio Network that the duo was shot and injured during a scuffle between police and area residents in Rwengabi village on Tuesday at 7:30pm.

Police raided the village to rescue Fracini Akumu who was at the verge of being lynched by area residents who accused her of practicing witch craft.

The residents allegedly pounced on Akumu and beat her to coma. They also torched her two grass thatched houses and demolished one permanent house.

Police from Kaseeta police post was notified and immediately rushed to rescue Akumu. Upon arrival area residents turned rowdy and started pelting stones at the officers.

This prompted the officers to fire several bullets in the air to disperse the violent residents. Unfortunately, the stray bullets hit two people critically injuring them.

Julius Hakiza, the Albertine region police spokesperson confirmed the incident saying investigations have commenced. He has however faulted the residents for attacking officers who were on duty.

Hakiza has also warned the residents against mob justice which he says is a crime.