500 NRM mobilizers to defect to People Power over unpaid allowances 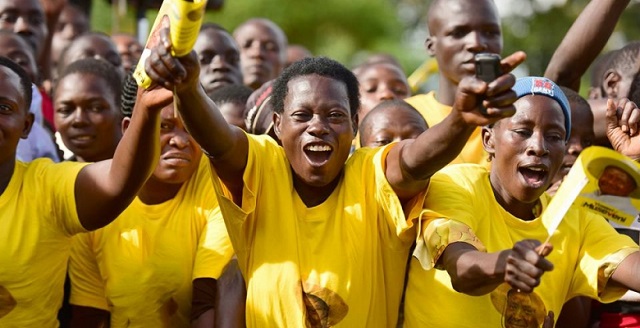 At least 500 NRM village registrars in Namutumba district have vowed to follow Bobi Wine and his People Power movement as they blame the party for failing to pay their allowances.

The team was recruited to conduct a nationwide registration of party members in a contract that was to accord them some good suma of money. The team contained registrars from village to parish level. In the contract, they were entitled to a shs 50,000 daily allowances but instead they were receiving only shs 40,000 without lunch and transport allowance. One of the disgruntled mobilisers, Grace Mugomba of Kibale parish unleashed his discontent with the party which he accused fir harbouring ‘fake people’. “NRM is full of fake people. Why make someone work for seven days for free? Corruption starts with NRM members. They are vultures,” he fumed.

He pins Amir Mutuya the party returning officer of being a corrupt fella. “Mutuya has been monitoring us from the beginning of the exercise, but when it comes to signing for our allowances, he is nowhere to be seen,” he said. “We have no choice but cross over to People Power where there’s some fairness,” he cautioned.

Mugomba’s decision to lead his caravan wave to People Power was welcomed by his peers who wildly cheered him and chanted People Power songs and specifically the ‘Tuliyambala Engule’ hit song. They jointly accused the National Resistance Movement high command of being corrupt and good practitioners of nepotism as they appoint immediate relatives to hold juicy positions.