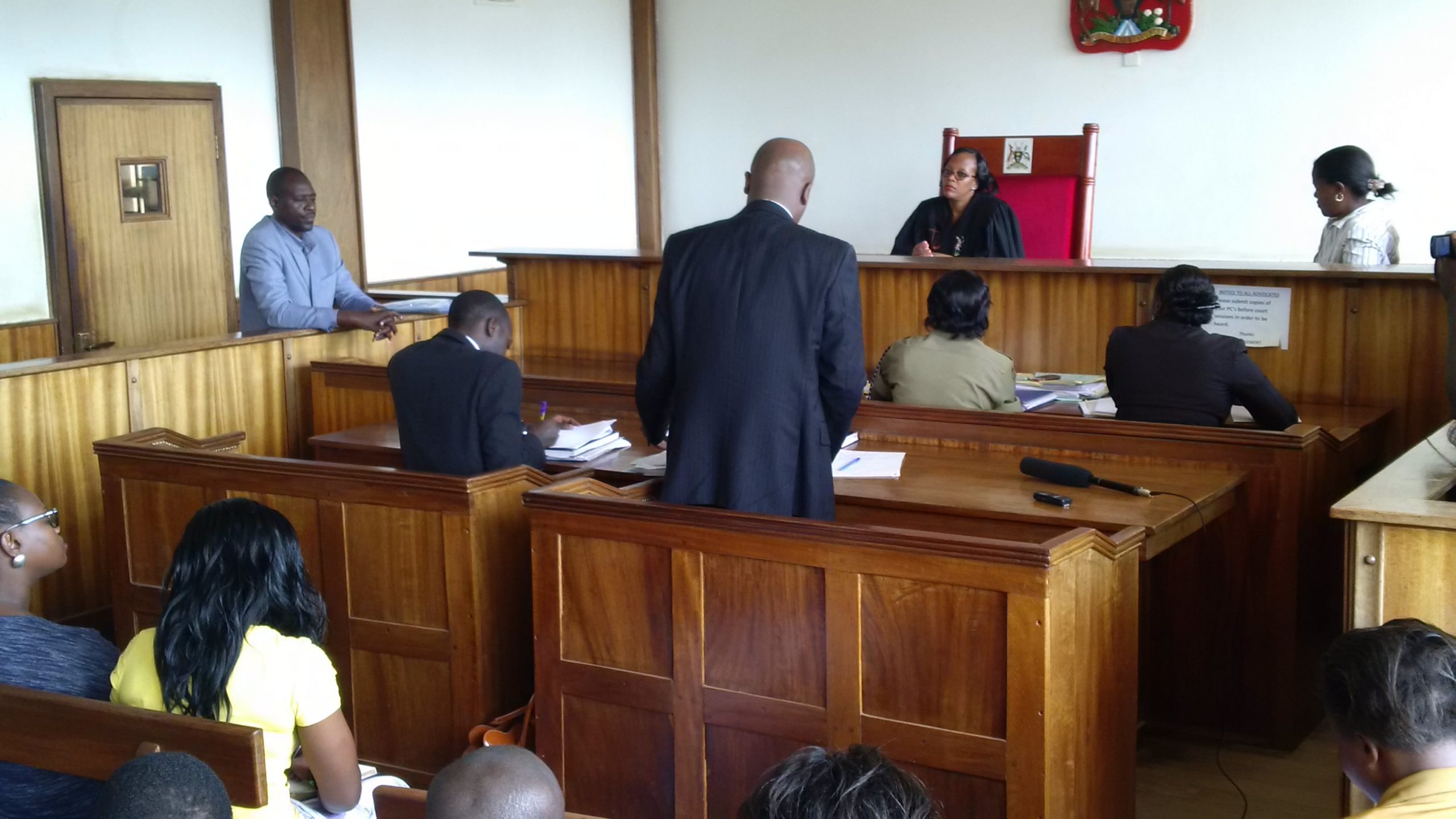 The Chief Justice, Bart Katureebe has suspended all court hearings and appearances for 32 days as part of the preventive measures against the Corona Virus.  In his statement issued on Thursday afternoon, Justice Katureebe says the directive takes effect March 20th, 2020 and affects cases at all stages including submissions.

He has in the meantime directed respective courts to advise parties to file written submissions.   He says that during this time, prisoners and the accused persons on remand will not be presented to court and where possible proceedings may be conducted via video link.

Katureebe notes that courts will continue to handle certificates of urgency and taking plea for serious cases and bail applications and only the applicant, their lawyers and sureties will be allowed in court.  In his eight point directive, Katureebe says that during this time, all Judicial Officers and staff will remain on duty but there will not be open court appearances.

“Judicial Officers pending judgments shall use this period to complete them. Where possible judgments and rulings may be issued to the parties online or via email”, reads the statement in part. He notes that all conferences, workshops, meetings and training Programmes local and foreign training programs are also suspended for a period of 32 days, adding that Judiciary staff will not go abroad unless there are exceptional circumstances.

“In addition to the above guidelines, sanitizers and other preventive measures have already been in place. Digital thermometers are also being purchased and will be deployed at various court premises “, he notes. The Chief Justice, who is due for retirement in June this year, says the guidelines may be revised from time to time in accordance with National Policy Directives.

The President, Uganda Law Society, Peter Kinobe noted that they are saddened by the guidelines issued by the chief justice. He however, said they have no option but to comply since their cardinal obligation is to make sure that lawyers are not affected and their lives injured.

He says that they are glad matters concerning bail will be heard but he prays that the same doesn’t get exercised with hardships. Kinobe noted that the country has to understand that Uganda has entered the first phase of the crisis mood.   He noted that although both the Health Ministry and President, Yoweri Museveni have issued guidelines, “It is very unfortunate that not even five percent of the population understands the effect of this pandemic.”

He applauded the Chief Justice for some of the recommendations and guidelines made and noted that if some of these measures are not taken serious, the Corona Virus can become a pandemic in Uganda with devastating effects to the economy.

Katureebe’s directive comes a day after President; Yoweri Museveni announced a ban on gatherings and ordered the closure of several institutions including bars, schools, churches, mosques and factories as part of the measures to prevent and mitigate the spread of COVID 19.

Although Uganda is yet to record a case of corona virus, the Health Ministry has advised Ugandans to exercise extreme precaution by avoiding direct contact and washing hands with soap and water and alcohol based sanitisers.

COVID19, which was first reported in China in December last year, has claimed more than 8000 people and affected another more than 120,000. The virus has since spread to over 150 countries prompting the World Health Organisation to declare it a global pandemic.