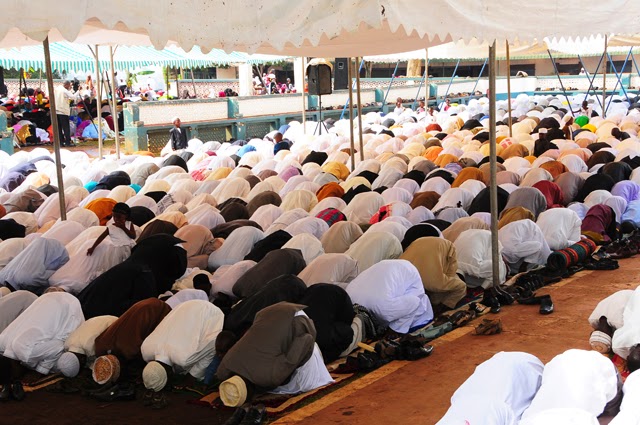 Among the most outstanding orders that government-issued yesterday, was the banning of a religious congregation. Speaking to the country on Wednesday, President Yoweri Museveni said, after closing education institutions that are the major concentration of people, there was a need to also deal with religious gatherings in Churches, Mosques, and open-air prayers.

He said, in doing everything, health must come first because it is better to be a coward on the side of caution.  “If there is no danger after one month that will be good. If there was danger, we would have avoided it.

The prayers will continue but in homes. The Religious leaders can use the TVs, Radios stations to continue preaching,” Museveni said.

This directive was received with mixed reactions among the Muslim faith with some agreeing with the president while others disagreed saying it has no footing in the Quran and the Sunnah of the Prophet Muhammad [Pbuh].

“Islam is based on evidence and tradition, without it, you will struggle to convince me to do anything. I can understand where the president is coming from but I don’t think I will respect his directive,” Said Mustapha Muyingo an Imam at Mosque in Wakiso.   He added that at their mosque, they had resolved to disregard the presidential directives to cease holding congregational prayers.

Another Imam at a mosque in Kawempe who preferred anonymity wondered why the government was going into ‘overdrive’ to announce sweeping measures even before a single coronavirus case has been confirmed in Uganda.

“Many of the things that they say help in limiting the spread of the virus are the very ones we have been doing, like washing hands regularly. Then why are they closing our mosques?” the sheikh wondered.

For Kifampa Siraje Nsambu, the former spokesperson of the Nakasero headquartered Tabliq Muslim Sect, the government’s ban has no conflict with Islamic teachings although according to him, it was imposed rather hastily.

‘If you ask me, whether it’s anchored in the sunah and the quran I will say yes. However, I will add that it has come rather too fast. I don’t think the virus is yet such a big threat to us to resort to such measures,” Kifampa said.

However other renowned Muslim scholars concur with the government on the need to protect people. “Allah says in the Quran 2:195 that do not cause harm to yourself, therefore, if there is a disease that is not only dangerous to yourself but to others, why do you put yourself in danger?” said Sheikh Salim Bbosa a preacher at different mosques in Kampala.   He added that Muslims should be even the first to embrace the government directions because their religion has similar precedents in the past.

“There is evidence to show that the Prophet at one time ordered people to pray from their homes.  By the way, even for small things like rain, people are free to pray from home. What about the very contagious disease,” Bbosa said.

His stance is supported by Imam Ahmad Kyeyune, another popular preacher in Kampala. Kyeyune told URN that Allah doesn’t forgive a person who brings harm to themselves willingly.

“There is a hadith of the prophet that prohibits us from doing things that can bring harm not only to other people but also to ourselves. That’s why in the Arab world the mosques were closed a long time ago because of this virus,” Kyeyune said.   He added that those accusing the government of implementing orders rather too fast before any case is reported, forget that prevention is better than cure.

“In any case, this virus is causing havoc in countries that are far much better than us in healthcare. Maybe even the virus is already here only that we are not doing the necessary tests like it is done in those first world countries where it has been reported,” Kyeyune said.  He, however, added that the mosques should remain open although without congregational prayers.

“The adhan [call for prayers] should remain to let people know that it’s time. Even mosques should be open so that people go and pray individually,” Kyeyune said.