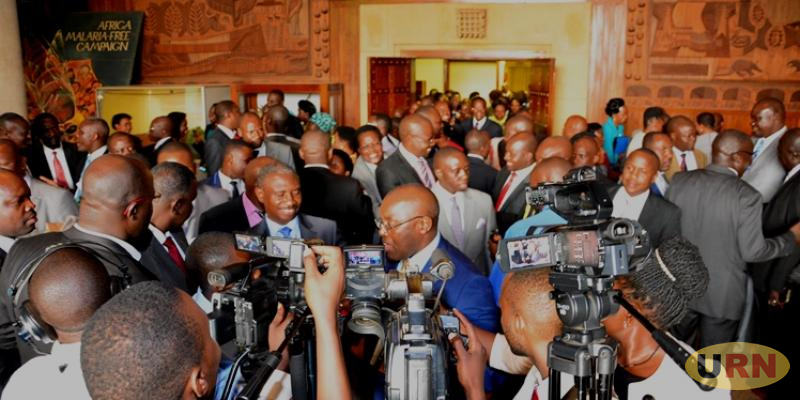 Journalists have been restricted from accessing Parliament for the next thirty days.

This is part of the measure Parliament is undertaking to minimize the risks of the coronavirus pandemic.

Although a total of 250 journalists are accredited to cover Journalists, with large media houses like Nation Media Group and Vision Group having over 15 journalists accredited for print, radio and online, the number has been reduced to 50.

In a communication to Journalists who cover Parliament, Moses Bwalatum a Public Affairs Officer at parliament indicated that following the new guidelines put in place to de-congest Parliament  and prevent the spread of coronavirus, the Public Affairs department in consultation with Editors has trimmed the numbers of reporters that cover Parliament.

Access to journalists has been restricted to journalists whose names appear on the list. This will stay in place for the next 30 days until guided otherwise.

“Media houses allotted four reporters should ensure that they shouldn’t have more than two Reporters at Parliament at any given time. Please note that journalists accessing Parliament MUST have and WEAR press tags at all times.” Bwalatum says in the Statement.

He, however, says the Department of Communications and Public Affairs is at hand to facilitate all information requests/needs should journalists need any at this period.

Several journalists have raised concern that they have been left out.

Many will, however, cover plenary on a live broadcast on Uganda Broadcasting Corporation (UBC).