Kadaga puzzled by police and KCCA neglect of shot student 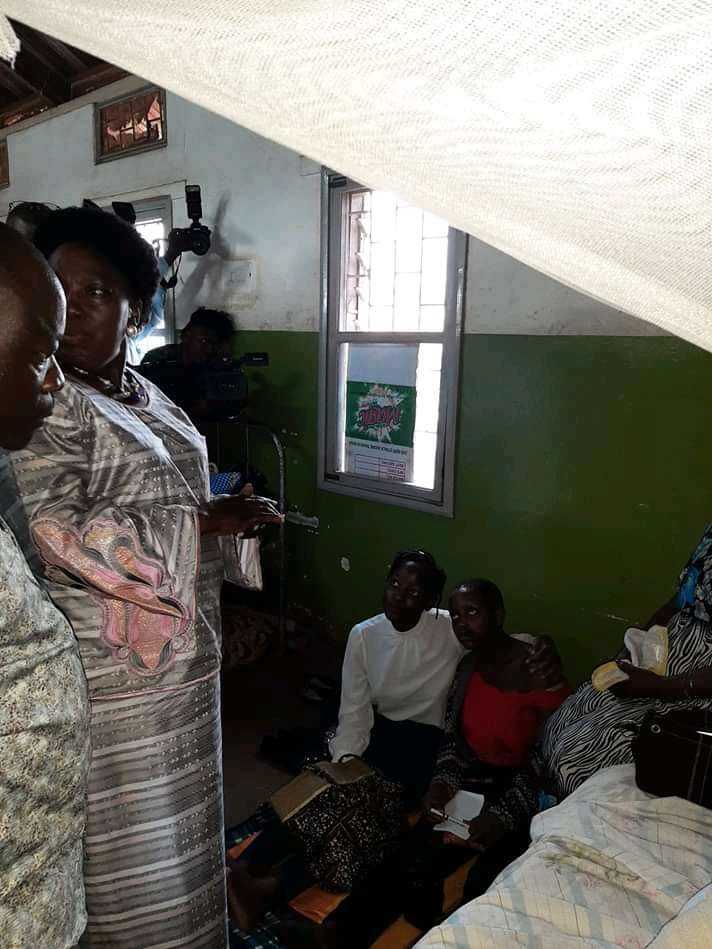 Today, March 20 the speaker of the tenth parliament, Rebecca Kadaga made an unannounced visit to Mulago hospital to check on Nankya Lowena, the student shot during a downtown protest by street vendors.

Lowena and her mother sustained lifetime injuries and have since been admitted to Mulago hospital for treatment. However, it’s now barely a month from the occurrence of the tragedy without any physical assistance from the responsible institutions of the Uganda police force and the Kampala Capital City Authority.

To Kadaga’s dismay, none of the two sides have ever paid homage to the injured girl and her family. Today, she lashed out at the concerned authorities for exhibiting neglect on the girl they harmed. “I’ve just been in Mulago Hospital, ward 7, to check on Lowena Rachael Nankya, the S.6 student of Lugazi Mixed School, who was shot in the mouth during a KCCA/police ops against hawkers. I’m so hurt. Neither the Police nor KCCA leaders have ever checked on her!,” she said.

However, about three weeks back the city Lord Mayor, Erias Lukwago with part of his new cabinet visited the the bedridden girl. It is unclear whether they did it on human grounds or on behalf of the KCCA institution they lead.

From the time Lowena Nankya was shot, only four police officers linked to the operation have been suspended. Nankya’s doctors said the young girl will have to wait on for about six months to ably regain part of her speech abilities following the dislocation of her jaw bone, nerves and at least seven teeth that were hit by the foreign object. Her distressed family led by their lawyers tried to seek a shs 1 billion compensation for their daughter’s injuries but all in vain. It is not clear as to whether the police or KCCA will claim responsibility for this inhumane incident.