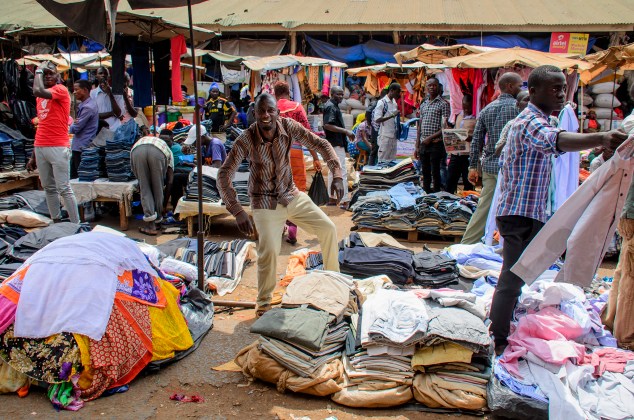 Kampala Capital City Authority- KCCA has banned weekly markets, Open markets, and roadside markets in the city effective today. The move is part of the preventive measures against the COVID 19.

It comes a day after President Yoweri Kaguta Museveni directed the closure of schools, banned public events and congregational worship for 32 days.

The president also instructed the Health Ministry to issue standard operating procedures to be used in public places like markets, hospitals, and transport parks during this period.

Now, the Minister for Kampala Metropolitan Affairs, Betty Amongi, says only gazetted markets will be allowed to operate.

She says the weekly market commonly known as Mubuulo are usually overcrowded and bring together traders from different parts of the country, which poses a health risk.

Amongi also says that it is hard to organize the markets to adhere to sanitary guidelines like hand washing and measuring temperature as shall be installed in all public places.

Amongi says KCCA will install handwashing facilities in different public places and all its facilities including parks, hospitals, and markets.

She says they are engaging with owners of different public places like arcades, hospitals, and malls to do the same.

The Director of Public Health at KCCA Dr. Daniel Okello, says they will be working with the Ministry of Health to have standard operating procedures for transport operators and transport hub managers to follow.

He says KCCA will screen people entering Kampala from other countries through public transport to ensure that any COVID 19 cases are identified and isolated.

Minister Amongi also said KCCA would enforce all directives made by the president yesterday. She says KCCA law enforcement officers will effective Thursday enforce a ban on operation of bars, shows and cinema halls among others.

She says they will work with different security agencies to enforce the directives.  Amongi threatened to withdraw licenses for people who defy the directives.

The KCCA Acting Executive Director, Andrew Kitaka urged owners of public places banned from operation to adhere to the directive.

Kitaka says that the measures are for the good health of the people and should, therefore, be appreciated and followed.

The virus, which was first reported in China’s Wuhan province in December 2019, has since spread to over 166 places across the globe.

About 207,855 have tested positive for the virus, according to the World Health Organisation-WHO.