Namibia President Vows not to arrest youth insulting him on internet 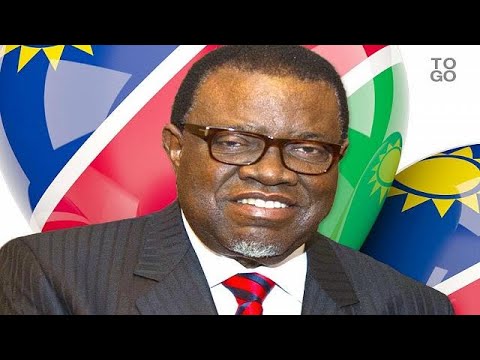 President of Namibia Hage Geingob has said he will not arrest and record any criminal charges against anyone who is misusing their freedom of speech to insult him. It is noticed that President Geingob was labelled a ‘dog’ by Namibian youth Michael Amushelelo during an anti-Geingob demonstration earlier this month.

Geingob said those calling him a dog and other names were not doing harm to him but were rather exposing their level of thinking to the entire country.

Namibia President made these remarks on Monday when he announced the structure of the new government to be inaugurated after 21 March. Geingob, said when he leaves office in 2024, he would want Namibians to be united and identify as Namibians rather than by tribe or race.

He said he has seen how presidents of other countries have dealt with citizens who insulted them, but he would not do the same to those using derogatory language against him.

“I read about a case where somebody called their president a dog and they were arrested. I am being called a dog here every day, but I don’t arrest people. I just see that as your level and I am not going to go to that level. I want to see Namibians holding hands and doing away with tribalism and racism. These are the things that I fought against, why do you want to bring them back?” Geingob said.