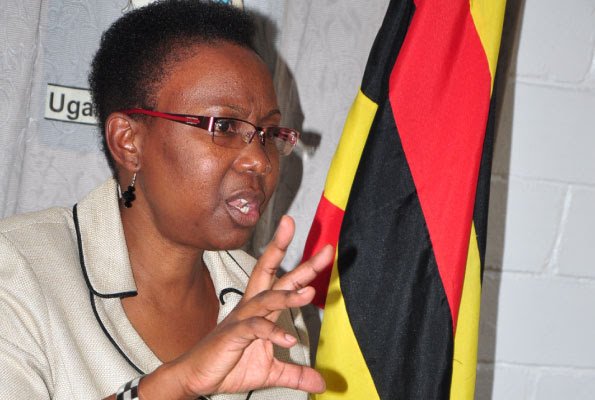 The Health Minister, Jane Ruth Acenga has revealed that health experts under her stewardship have tested hundreds of suspected Corona cases at least thrice and they have all remained negative.

The minister revealed this to the congregation that attended today’s National prayers held at State House Entebbe. The minister further revealed she instructed testing experts to check the already tested samples and they still reflected negative. In her emotional submission, she commended God for remaining merciful to the land locked pearl of Africa (Uganda) which has till now not reported any case unlike all her immediate neighbours.

While making his case, President Museveni emphasised Aceng’s point that Uganda is still spared by the mercy of God. Museveni said despite the fact that Ugandans love ‘living a careless life of travelling abroad’ no case has arrived in the country yet.

As of today, neighbouring Rwanda confirmed seven new cases making the tally hit seventeen, while Tanzania has 6, Democratic Republic of Congo has 23 on top of her first death, Congo Brazaville with 3 and several others in West Africa.

The Corona virus is spread through mucus and saliva especially when infected patients cough or sneeze and one comes into contact with the residue. The virus can also spread when one touches infected surfaces containing droplets of a patient’s mucus. The virus can survive on such surfaces for an extra three hours. Known symptoms are low temperature rates below the normal 37°c, severe dry coughs, and a fever with respiratory problems.