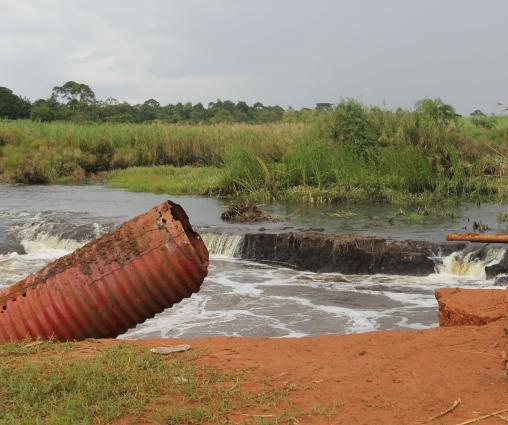 A 25-year-old man has drowned in Kiko wetland in Mbulamuti sub-county, Kamuli district.

The deceased who is a student of plumbing at St. Joseph vocational centre had gone to conduct personal studies on the different water pipes within Kiko wetland.

Robert Baganzi, a resident says that the deceased was on Sunday accompanied by his colleagues who fled after the accident.

“We have a garden near Kiko wetland, and I always see different students coming here for research, actually, the deceased too had three of his colleagues with him, but they came running towards us claiming that, their friend had drowned,” he says.

Ahmed Madiri, the Kamuli District Police Commander says that a team of marine officers have been deployed to search for the missing body.