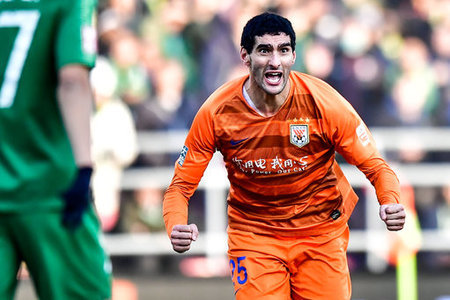 Belgian footballer and former Man United midfielder  Marouane Fellaini tested positive for COVID-19  following his return to China, his Chinese Super League club Shandong Luneng has announced, saying his temperature is normal and without discomfort. Local health authorities said they’re following 17 of his close contacts
The club said. “The official test confirmed that the club player Fellaini tested positive for the new coronavirus during the quarantine observation period.”
The Belgian footballer is the first footballer to contract the deadly bug . The Chinese Super League is currently suspended indefinitely in line with the vast majority of major leagues in all sports around the world as a result of the continuing pandemic.