CORONAVIRUS: Bishop on the run as UPDF arrests Police officer for conducting burial , 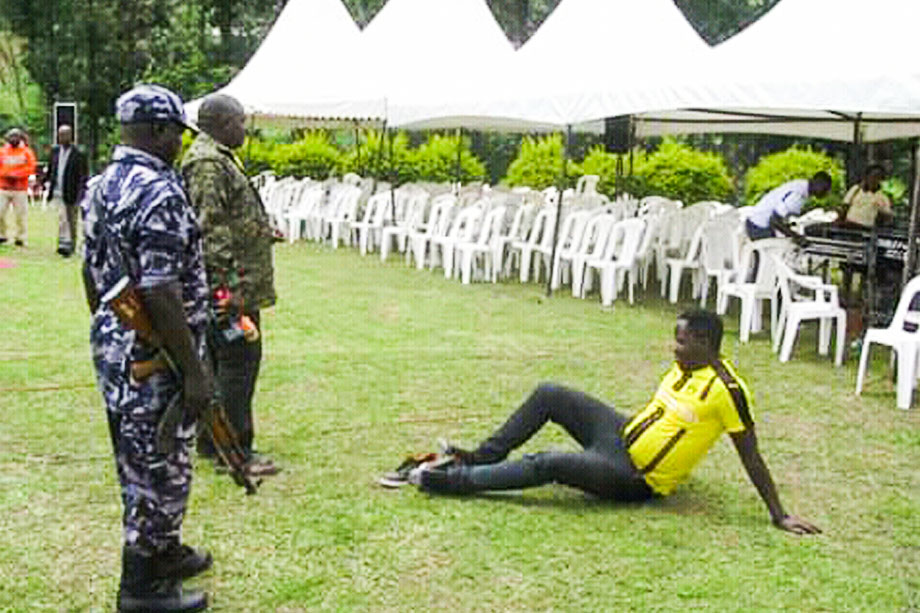 Security officials in Kabale District yesterday dispersed mourners at the burial of the late Amon Paddy Amanya, a businessman in Kabale town for defying President Yoweri Museveni’s directive on COVID- 19.

Amanya was found killed by unknown assailants on Tuesday and his body dumped on the roadside in Kitumba Sub County, Kabale district.

Amanya’s body was taken to Kabale regional referral hospital mortuary until Friday evening when it was taken home in Bugongi, as they waited for Johnson Bakashaba the Bishop of Revival Outreach Ministries Bakashaba, who was in the United States of America to preside over the funeral service.

On seeing security officials, mourners fled fearing arrest. The officials were also surprised to find the funeral service was being provided security by police officers attached to Kabale police station.