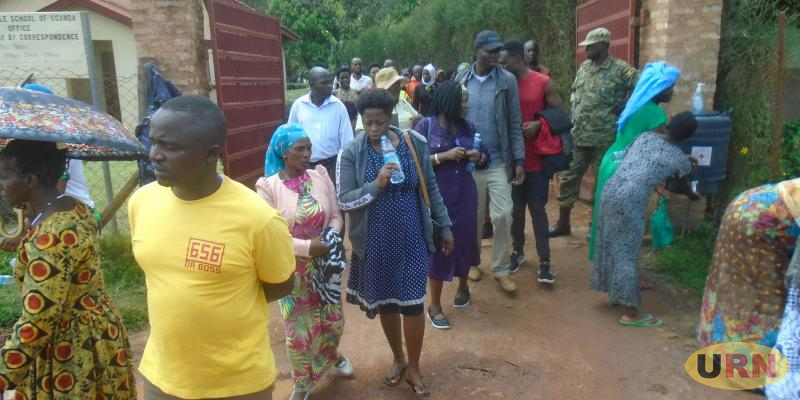 Security officials on Saturday dispersed mourners at the burial of the late, Amon Paddy Amanya, a businessman in Kabale town.

Amanya was found killed by yet to be identified assailants on Tuesday and his body dumped on the roadside near highland tea factory in Kitumba parish/Sub County. He was last seen on Monday evening leaving his business premises.

On seeing security officials Bakashaba fled fearing arrest. The officials were also surprised to find the funeral service was being provided security by police officers attached to Kabale police station.

On interrogation, Sargent Kenneth Asiimwe, a police officer attached to Field Force Unit at Kabale police station who was later arrested said that they were deployed on orders of Dan Byaruhanga, Deputy Kigezi Region Police Commander.

Lieutenant Colonel Robert Nahamya, the Uganda Peoples Defense Forces (UPDF) Commander of 19th Battalion wonders why locals could not take the President’s directive serious yet it is aimed at preventing the spread of the deadly Coronavirus.  Nahamya says that locals should have complied with the directive than gathering for such a burial which it puts them at risk.

Nandiinda condemns Bishop Bakashaba for misleading the public by presiding over such a big gathering and for crossing to Uganda from Rwanda without being screened by Katuna border health surveillance officials.

Nandiinda says that Bakashaba will be arrested and quarantined in a hospital and later be charged with defying President’s directive.

Evas Mugabi, one of the mourners faults security officials for dispersing the mourners instead of focusing their energies on arresting Amanya’s killers.

Security operatives immediately resolved to deploy at the home of Bishop Bakashaba to make sure that all his family is quarantined for 14 days.