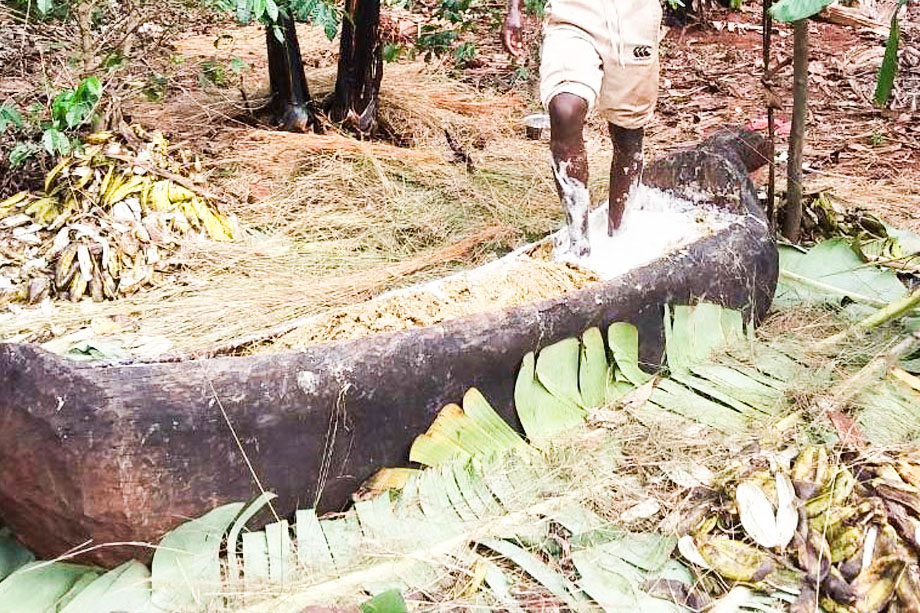 At least 30 local brewers in the Kaabong town council are counting losses after the police poured local brew in an attempt to discourage people from social gatherings.

The women were on Sunday taken by surprise when the police led by the Kaabong DPC Gerald Gubira poured local brew in the areas of Kampswahili, Kapilan Bar and Kaabong central.

Maria Achila, the mother of six who supports her family through brewing told URN that she lost local brew worth 75, 000 shillings.

Jackson Lomuriamoe, a resident of Kaabong town council says that the operation was insensitive to the women.

The Kidepo Regional Community Liaisons Officer, Calisto Narusha said the DPC should have sensitized the community on hygienic practices.

Gubura, however, says she was forced to pour the brew after the brewers failed to comply with several warnings to close down their bars.

He says that the bars lack handwashing facilities hence putting the lives of the customers at risk.