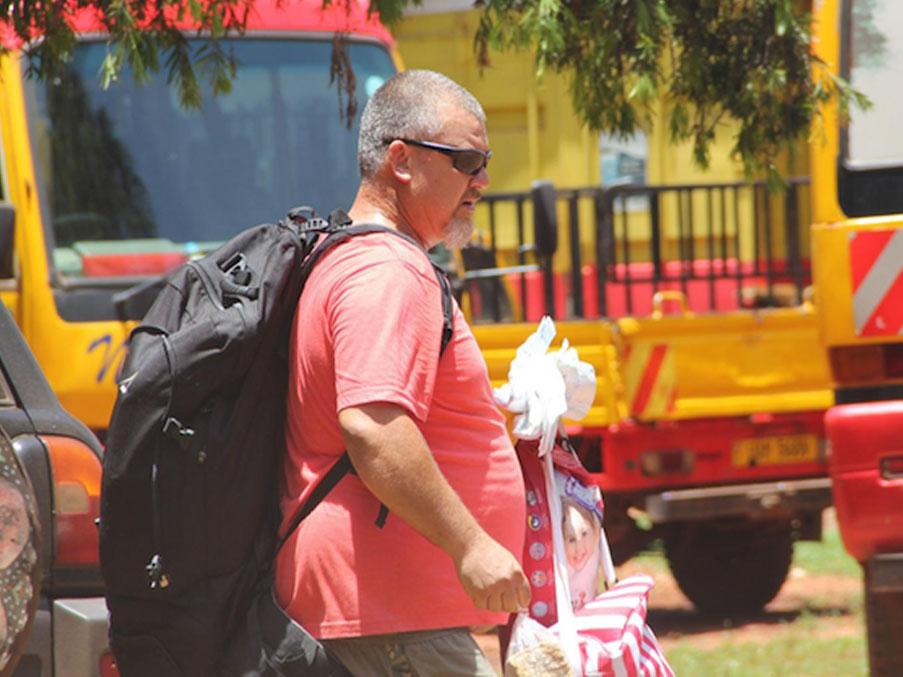 “We landed at 3:00 am this morning from South Africa via Ethiopia at Entebbe. Temperature check and a form to fill in. No quarantine mentioned,” reads his Facebook post in part.

Aloysius Musisi, a resident says that Billy’s actions of taking health issues lightly could not be tolerated by his neighbors. 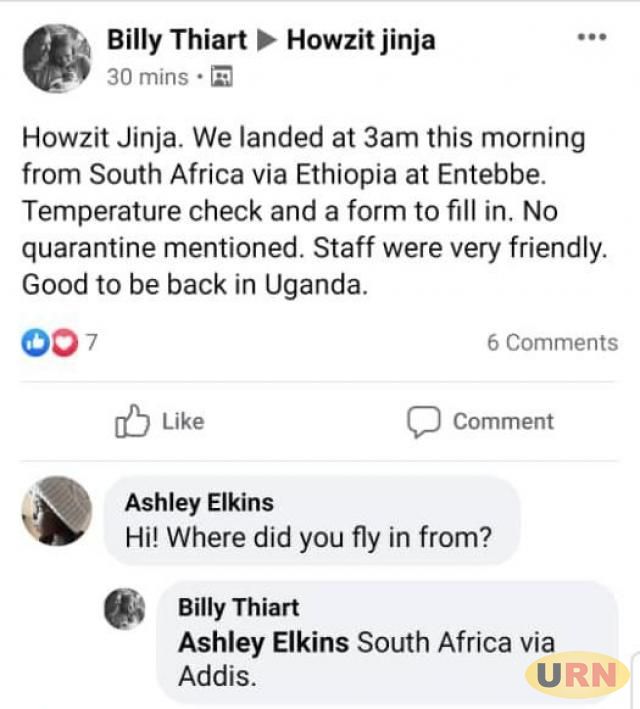 “I am Billy’s neighbor and I alerted the local leadership after landing on his careless statement, it shocked me that, if he was infected, the whole village would suffer,” he says.

Also Twaha Kisubi, the area LCI Chairperson says that he read the Facebook post and notified health workers to ensure he is quarantined.

After noticing criticism from his neighbors, Billy quickly deleted his social media accounts claiming that the message had been posted by someone else.

“I couldn’t write such, the message was posted by other people and not me,” he says.

A team of health workers led by the district health officer, Dyogo Nantamu, examined Billy and recommended for his 14-day quarantine.

Nantamu told journalists that, Billy’s temperature levels were normal but he will be quarantined in a hotel of his choice where they can easily monitor him.

Meanwhile, the Kiira region deputy police commander, Onesmus Mwesigwa says that they have established a 24/7 security and medical team to ensure that, Billy complies with the self-quarantine guidelines.