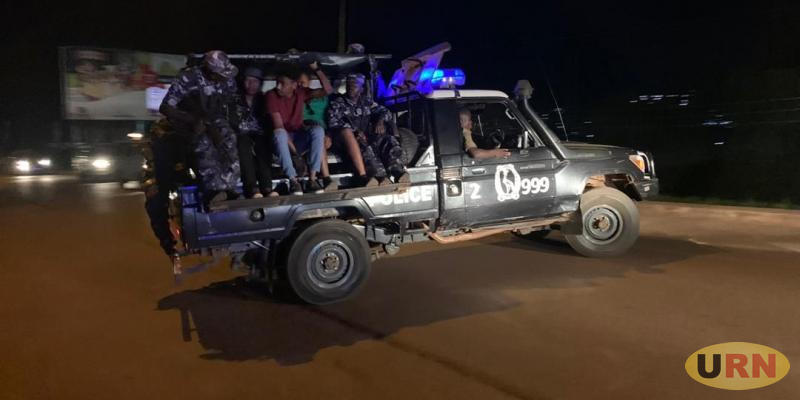 A joint security team has arrested 37 bars owners, managers in Kampala in a raid on bars defying President Museveni’s closure of public places in a bid to fight coronavirus.

Uganda has so far confirmed one case of coronavirus disease abbreviated as Covid-19.

Assistant Superintendent of Police –ASP Ivan Nduhura also commander operations at Kampala Central Police Station – CPS said 37 confirmed bar owners and managers had been arrested on Saturday, detained at CPS, Katwe and Kabalagala. Nevertheless, he declined to divulge details of the offenses the suspects had committed.

In his Wednesday’s 14 directives on fighting and preventing the spread of coronavirus, Museveni said one of the frontlines of fighting the virus is stopping merry-making such as the discos, the dances, bars, sports, music shows, cinemas, and concerts.

“These are very dangerous gathering points with the virus around. Drunkards sit close to one another.  They speak with saliva coming out of their mouth. They are a danger to themselves.  All these are suspended for a month,” Museveni said.

A day after Museveni’s guidelines, Inspector General of Police- IGP Martin Ochola, summoned a special police’s Policy Advisory Committee –PAC meeting attended by directors and commanders where they deliberated about implementing the orders.

PAC meeting chaired by Ochola formed a task team headed by the Chief of Joint Staff, Brig Jack Bakashumba, to liaise with the Ministry of Health and uphold the standard operating procedures on establishments like; factories, hotels, and large plantations.

Commissioner, of Police -CP Fred Enanga, issued a statement explaining that PAC had resolved to ensure Fishermen at landing sites, cattle keepers; and operators of public transport such as buses, taxis, and Boda Bodas; Hotels and Restaurants strictly observe the new protocols by the Ministry of Health.

“Kampala Metropolitan police working alongside Kampala Capital City Authority –KCCA, launched an operation against all bars that now regarded as illegally operating where people were chased out in some cases using sticks and batons.

In Hoima, 45 people were also arrested for defying the directives. The suspects including bar operators, attendants and town dwellers were arrested during a joint operation conducted by police, Uganda People’s Defense forces-UPDF soldiers and other security agencies.

The operation was carried out on Saturday night in the four divisions of Hoima Municipality including Mparo, Bujumbura, Busiisi, and Kahoora.

Julius Hakiza, the Albertine region police spokesperson says that the suspects were found operating bars while others were found drinking alcohol.

During the operation, over 20 bars were closed.