Botswana President in Coronavirus self- isolation 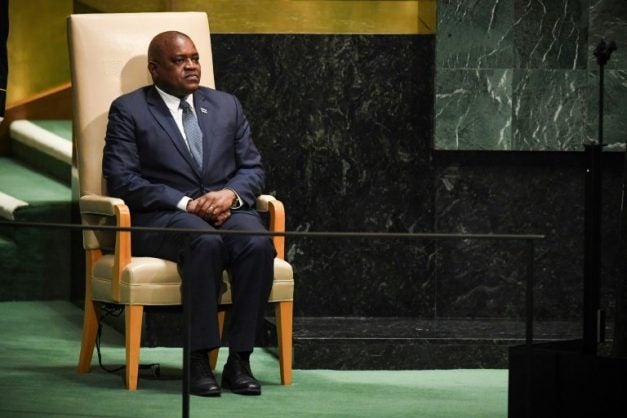 Botswana’s President Mokgweetsi Masisi has gone into self-isolation for 14 days after returning from a trip to neighboring Namibia, the presidency said Sunday in a statement.

Masisi took an emergency official trip to Namibia on Saturday to attend a meeting with other regional heads of state to discuss measures put in place by countries bordering Botswana to fight the novel coronavirus.

“The rationale for the imposition of self-isolation is that while Namibia has registered three imported cases and is considered low risk for coronavirus transmission at the time of His Excellency the President’s trip to Namibia, the low testing rates in the region make that determination difficult and there is a high possibility of undetermined local transmission,” the statement said.

The communique further stated that during the time of self-isolation, the president will be tested for the novel coronavirus prior to being cleared.

The novel coronavirus, officially known as COVID-19, emerged in Wuhan, China last December and has spread to at least 169 countries and regions, according to data compiled by U.S.-based Johns Hopkins University.