Chinese Nationals who escaped Quarantine to be arraigned before Court 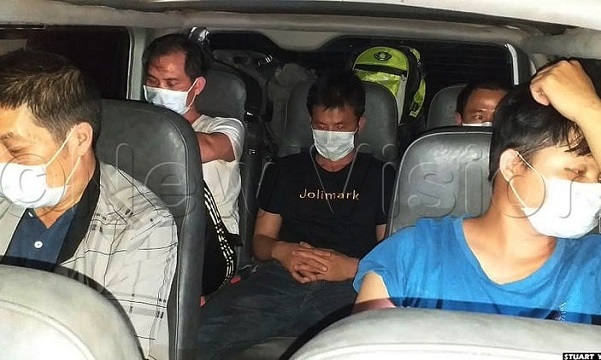 A group of six Chinese nationals are expected to be arraigned in court for escaping quarantine at Africana hotel, in Kibuli, a Kampala city suburb, in Makindye Division and  attempting to flee out of the country.

According to the State Minister for Primary Health Care, Joyce Kaducu, two other Ugandans a driver and his wife have also been arrested for aiding the Chinese flee quarantine.

The six Chinese Nationals and two Ugandans had decided to sneak out of the country via Zombo district to Congo.

Kaducu noted that they have instructions from the president to have all these suspects taken to Courts of law. As I speak, the Chief Justice, Bart Katureebe, has been notified about the matter and arrangements have been made already to have them presented to Nakawa Court, tomorrow on Monday.

Last week the Chief Justice in a circular to his deputy , and all the Judiciary Staff  ordered for the suspension of all Court proceedings for the  32 days from effective immediate March, 20th, 2020, until the Corona Virus fears are contained.

She revealed that the passports for the six Chinese nationals have also been withheld by authorities until the court case is disposed of, arrived at Entebbe Airport aboard Ethiopian Airlines on March, 10th, 2020.