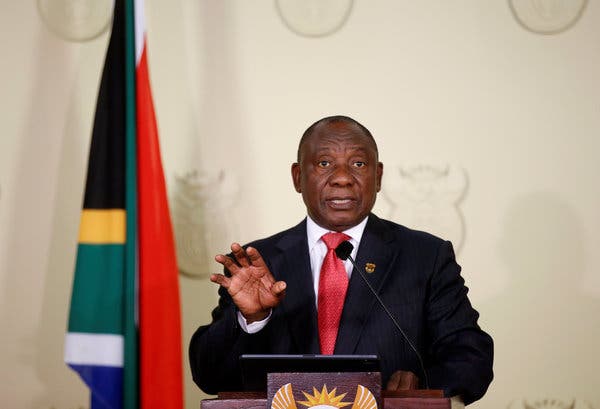 South African President Cyril Ramaphosa has announced a countrywide lockdown that will come into effect on Thursday. The 21-day lockdown is the latest government intervention to try and control the spread of the coronavirus.

On Monday, the Department of Health confirmed that the number of confirmed cases of the virus had increased to 402 from 274 cases on Sunday.

The highest cases have been recorded in Gauteng 207 infections, the Western Cape 100, and in KwaZulu Natal 60.  The three provinces account for more than 91% of recorded confirmed cases in South Africa.

Ramaphosa said the lockdown was binding on all South Africans, with only healthcare workers,  emergency personnel, security services, military medical personnel, soldiers and those who work with the production, distribution of food and basic goods, banking services, water, being exempt from the lockdown.

Last Sunday, when Ramaphosa last addressed the nation, he declared a state of national disaster in response to the surging numbers. This decision led to several regulations being implemented by the government to control public gatherings.