Headed to times where money and titles won’t matter anymore 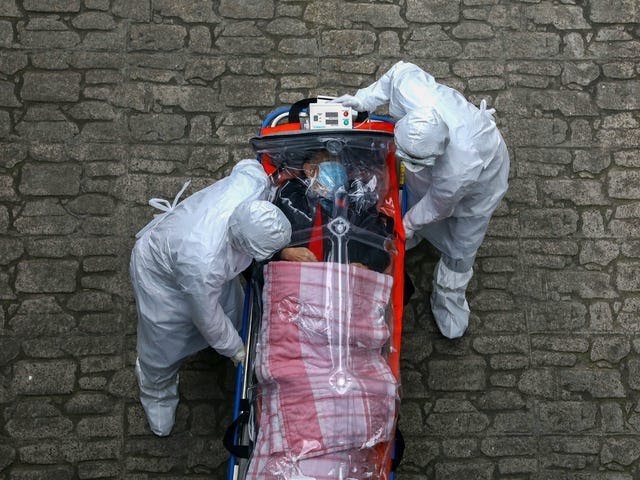 As several countries around the world continue to declare lock downs and prohibit movements, socialization and transactions between individuals, the world is headed to the worst days of the time.

The small Corona story never received ample attention in its juvenile days in Wuhan where it ravaged through people’s homes, stagnated usual life and stalled everything. With its dire consequences that left about 3257 lives lost, the world still stubbornly left everything for China to handle. Nobody imagined that the tiny catastrophic virus would instantly spread and stagnate businesses, prompt closure of multinational corporations, lead to cancellation of flights, shrink the mighty dollar, spark the suspension of football leagues and major sporting events among other things. As of today, more than 15,300 people have succumbed to the virus while an estimated 100,000 diagnosed across the world have recovered, according to data collected by John Hopkins University. In Europe, the epicentre remains Italy that surpassed Wuhan with the highest number of deaths past 5,400.

All the aforementioned barely crossed the minds of people simply because everything was left to China! This mindset hit the African continent, a major home to the world’s black race. Here, a lame narrative that the virus could not dig through the black DNA was the talk wagging on everybody’s tongue despite cautions lodged in by World Health Organisation officials who warned of catastrophic problems resulting from that misguided view. When the Chelsea player, Hudson Odoi who is of a black ethnicity contracted the virus, the African narrative started to change. The pandemic proved a point that there was nothing ‘Africanness’ to be proud of. The way it affected a white person is equally the painful way it would do with a black man. Just to prove a point, the virus crossed overseas to the African continent with now 30 countries out of the 53 accounting for the reported 1,000 positive cases. With the vulnerability of the African economies, preparing for the pandemic would have been better an idea than coming up with falsehoods that immunity would be a sure deal, long as one is black.

We are now witnessing an unprecedented crisis marred by lock downs, declaration of states of emergency, and the likes. All this stems from a problem the world would have collectively handled as early as last year in the Hubei province and the city of Wuhan. However, China too partially takes the blame of concealing the murderous virus. Superpower nations have a tendency of wanting to assume supremacy to the rest. They will do it takes to keep anything ‘negative’ out of the news. China did not imagine how easier it would be if she disclosed everything associated with the pandemic that has turned out a threat to the human race.

If the status quo remains as it is today, we are heading to a world where money on one’s account or the title held by one will not matter anymore. For now, the main quest is to strive to stay alive. If the virus can strike down respected leaders like the wife to the Canadian Prime Minister, US members of Senate, football players and latest, German Chancellor Angela Merkel who is in self isolation, then we are headed to times where everything earthly will not matter anymore. Having a billion on one’s bank account would be useless as one with tonnes of food would make more sense.