Six family members quarantined at a Landing Site in Nakasongola 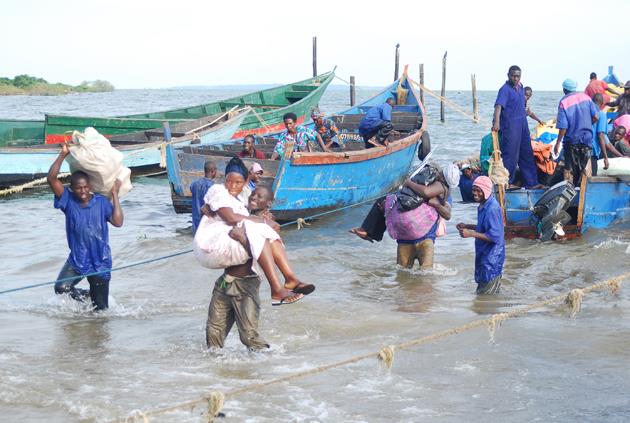 A team of District health officials has been dispatched to the Zengebe landing site in Nakasongola district to investigate a family that has been quarantined over a suspected coronavirus threat.

The family of six, which was traveling from Kenya to Kampala, was intercepted by Policemen immediately after docking at the Zengebe landing site on Sunday.

Savannah Regional Police Spokesperson Isah Ssemwogerere says that Police acted after receiving information from authorities in Amolatar district, that one of the members of the family had symptoms of coronavirus, an infection which spreads primarily through droplets of saliva or discharge from the nose.

Ssemwogerere says that after being intercepted, the family was quarantined in a tent and Health workers were called to assess the patients.

Dan Muganga, the Nakasongola Resident District Commissioner says that a team of health officials arrived at the landing site on Monday morning to assess the suspected patient. The RDC has also called for a meeting of the District Coronavirus task force later today to discuss measures of enforcing Presidential directives and prevent the spread of the virus.

Nakasongola District Health Officer Dr. Agaba Byamukama confirmed the matter but says a team of health workers is still on the ground assessing the suspected patient.

A worker at the MV Kyoga who declined to be named said, as a result, they have introduced handwashing facilities for travelers to wash hands before boarding.

More than 14,500 people have died from COVID-19 across the World. An estimated 98,000 of the 336,000 people who have been diagnosed with the disease across the world have recovered, according to data collected by Johns Hopkins University. Uganda registered its first case of coronavirus on Saturday.