Three Nigerians Succumb to Chloroquine Poisoning After Trump’s Endorsement of the Drug. 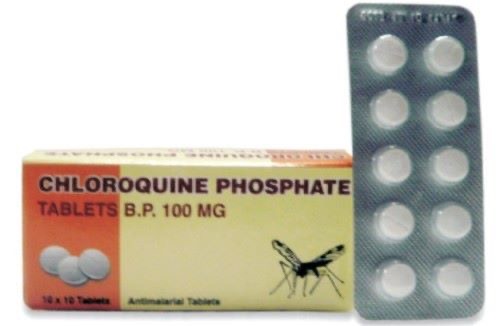 According to CNN, Nigeria has reported three cases of chloroquine poisoning after US President Donald Trump praised the anti-malaria drug as a treatment for the novel coronavirus.

Health officials are warning Nigerians against self-medicating after demand for the drug surged in Lagos, a city that’s home to 20 million people. Three people were hospitalized in Lagos for chloroquine overdoses, Oreoluwa Finnih, senior health assistant to the governor of Lagos, said in an interview.

“Please don’t panic,” she said via text message. “Chloroquine is still in a testing phase in combination with other medication and not yet verified as a preventive treatment or curative option.”

Nigeria’s Centre for Disease Control warned that the World Health Organization hasn’t approved use of the drug against the virus. Africa’s most populous country reported 22 infections as of Saturday.

Trump said Thursday that chloroquine and its less-toxic cousin hydroxychloroquine had shown “tremendous promise” to treat the new illness.

The president doubled down on Saturday, telling his Twitter followers that hydroxychloroquine and azithromycin “taken together” could be “one of the biggest game changers in the history of medicine.” He urged them to “be put in use IMMEDIATELY.”

Trump also retweeted an online post about a small study of 26 patients that showed success in eradicating the new coronavirus when the two drugs were taken together. Some hospitals have already begun stockpiling hydroxychloroquine, and medical institutions are gearing up to conduct further studies. In the meantime, experts say using the drug and its cousin chloroquine to treat Covid-19 isn’t backed by enough scientific evidence.

The Food and Drug Administration hasn’t approved the antimalarials to treat Covid-19, the respiratory illness caused by the coronavirus.

While chloroquine is no longer used to treat malaria in Africa, some pharmacies still stock it for patients who are resistant to other anti-malaria drugs.