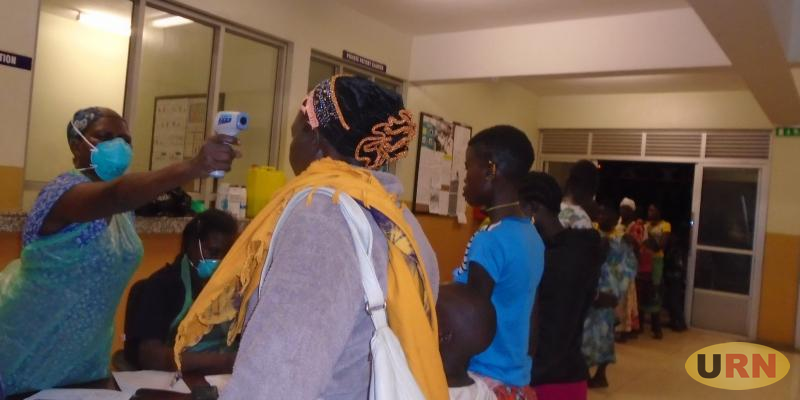 Two Gateway buses destined for Moroto from Kampala were by intercepted Police and Health authorities on suspicion on Sunday of carrying passengers who entered Uganda from Kenya’s capital Nairobi without being screened.

Dr. Moses Okwir, the Coronavirus focal point person at Moroto Regional Referral Hospital, says they acted on a tip-off by concerned citizens. He says they received information indicating that two ladies from Nairobi suspected to be infected with corona were heading to Moroto from Mbale aboard a Gateway bus destined to arrive around 5:00 pm.

“It’s a normal procure and there is no cause for alarm,” he said at the screening point inside the hospital. Uganda Radio Network established that over 100 travelers were screened. A health worker told URN on condition of anonymity because she is not allowed to talk to the media that three passengers have been isolated.

The source said two are female from Nairobi while the third person is a Ugandan. Dr. Okwir could neither confirm nor deny the information. “We shall give details of the exercise tomorrow (Monday),” he said. There was heavy police deployment at the hospital under the command of Moroto District Police Commander, Jude Nasucha.

Uganda tightened security at its borders on Saturday to control the entry of foreign nationals in an attempt to contain the spread of corona.