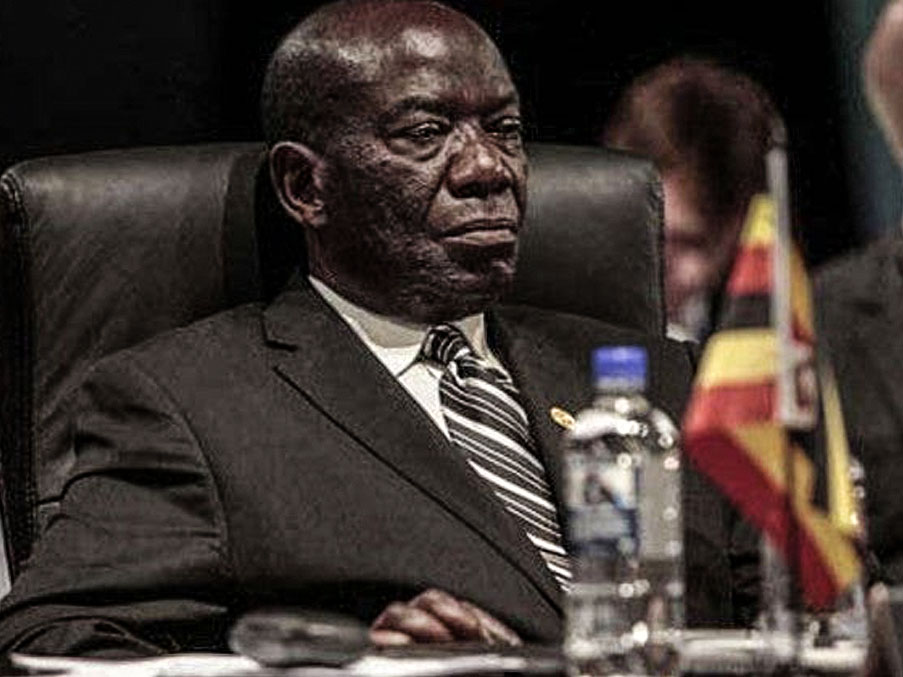 The vice president of Uganda Edward Kiwanuka ssekandi has come out of hiding after a long time in the shadows. He took to his Twitter to warn Ugandans about the deadly coronavirus and also advised Ugandans to follow the guidance of the president.

The vice president has been subjected to mockery due to his absence on national issues. The phrase “remember am the vice president ” is often common when Ugandans are trying to remind him that he has to say something about the current situations in Uganda.

Fellow Ugandans as the Country faces the reality of #COVIDー19 epidemic my appeal to you all is to heed to the guidance being given by H.E @KagutaMuseveni .The fight against the virus starts with each one of us rallying behind the President and Praying for God’s Mercy.