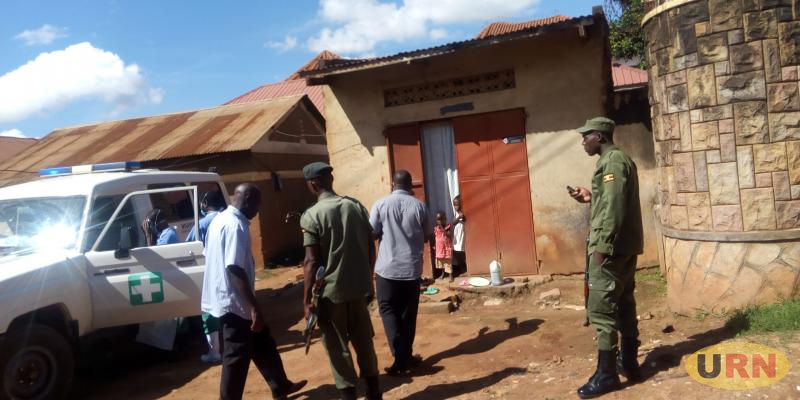 There was a commotion in the Kondogoro zone in Kulambiro in Nakawa Division in Kampala on Tuesday when residents locked up a man and his family members inside their home for over ten hours on suspicion that he could be infected with the coronavirus.

Godfrey Mwesigwa is said to be among Ugandan nationals who returned to the country from the United Arab Emirates aboard Ethiopian Airlines flight on March 22, 2020.

Upon receiving news that eight of the travelers had tested positive for coronavirus, residents stormed Mwesigwa’s home on Monday night and locked him and his family members inside before notifying Health Ministry officials to pick them up.

The area LC I Chairperson, Patrick Kasibante expressed disappointment with the failure by the Health Ministry officials to respond to their call in time.

He explained that the toll free lines that were issued to the public were off since last night.

The response team arrived around 11am on Tuesday morning and only took Mwesigwa living behind his family members.

The Health team that picked Mwesigwa told residents that, results from his tests will determine whether or not they pick his family members.

The Kondogoro Zone Defense Secretary, Isma Ssengendo, says they guarded the suspect the whole night because some residents had started turning rowdy.

Henry Bisaso, a resident of the area urged the Health Ministry to establish more response centers in each city division that can respond immediately to suspected cases. Uganda has confirmed nine cases.

Last night, the Health Minister, Dr. Ruth Aceng called on all people who traveled from Dubai in the last two weeks to avail themselves for testing for their own safety and the safety of other Ugandans.