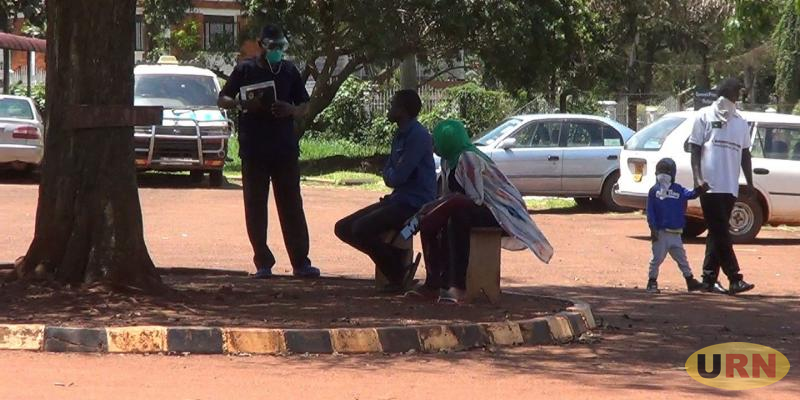 Caretakers of patients at Jinja regional referral hospital have faulted the hospital management over laxity while handling suspected COVID-19 patients.

This is after two suspected patients were seen under a tree near the hospital’s gate for close to four hours without being attended to by medical personnel.

The said victims who are residents of Kasanja village in Njeru division, Buikwe district taken to the hospital after their neighbors faulted them for abusing self-quarantine guidelines.

A gatekeeper, who spoke on condition of anonymity, says that the suspected patients were dumped at the facility at 9:00 am.

“A police pickup from Njeru division dumped those two people in the morning and directed them to sit on one of the benches and sped off without briefing us only to be notified later that, they were suspected COVID-19 patients,” he says.

Jafari Dhamulira, a resident from Bugembe town council says that the act of living suspected patients in open spaces exposes them to public criticism which undermines their self-esteem and privacy.

Dhamulira further stresses that the ministry of health should setup regional centers where suspected patients are isolated and examined on their arrival at the health facility.

Sheila Namusisi, a caretaker who has spent five days in the hospital says that victims should be protected from direct stigmatization.

Solomon Baleke, another caretaker says that the act of exposing suspected patients in the open undermines the principles of social distancing.

Meanwhile the hospital’s acting director, Angella Namala says that the hospital’s intensive care unit has been reserved as a temporary COVID-19 isolation center.

Namala adds that the hospital will embark on distributing protective gear to all its’ health workers to minimize their exposure to viral infections.