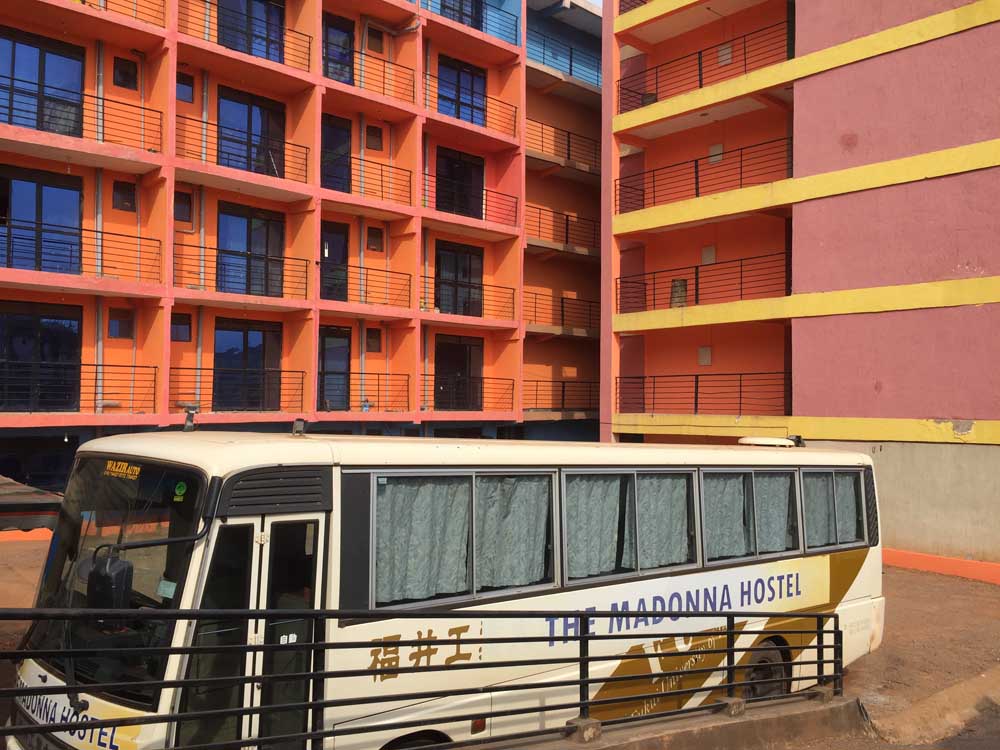 Several students of Kyambogo University are still locked up in hostels waiting for their parents and guardians to send them transport to return to their homes.  On March 20th, 2020, Kyambogo University Vice-Chancellor, Professor Eli Katunguka closed the University for 30 days in line with the president’s directive as a control measure against the COVID19 pandemic.

“In line with directives issued out by the president, Yoweri Museveni and in the exercise of powers entrusted to me under section 31 of the University and other tertiary institutions Act 2001 as amended, I hereby direct the closure of the University on Friday, March 20th, 2020 to Monday 20th April 2020,” Katunguka said.

He asked all students to return to their respective homes and wait for communication through the print media. However, a number of students are still stuck in their hostels in Banda, a city suburb allegedly waiting for their parents and guardians to send them transport back home.

Janati Mayanja, the Custodian Liam Hostel says some students are giving her different excuses and as a parent, she cannot force them out. She explains that some of the students claim that they come from distant places and can’t return home for only 30 days.

According to Mayanja, her hostel accommodates more than 50 students. She noted that they are being very careful and ensuring that the students are safe and take all the preventive measures to avoid felling victims to Coronavirus.

Helen Kisakye Nakanjako, the custodian Maria Hostel, says the students she still has indoors are still waiting for transport from home. Nakanjako says that what is helping her is that those who are still around are indoors and don’t move unnecessarily.

She says that as they are still waiting for the president to announce what next after the closure, they are working hard to ensure the students stay indoors.

Alon Ndanda, the custodian Cariton hostel, says some of the students in his hotel are waiting for transport while others are third-year students who are busy doing research and reading. He, however, says he is engaging the students to vacate the hostel and he locks it.

Julius Walakila, the custodian of Kabojja hostels, says they stuck to their guns and enforced the presidential directive to close. “We had to switch off the electricity and stopped the water. Life was so hard for them so they ended up leaving the place,” Walakila said.

The custodian at Good Shepherd Girls’ hostel refused to talk to speak to URN, saying she doesn’t relate well with journalists. Our reporter talked to some of the students whom he found reading, while others were sleeping and washing clothes.

Francis Muwanguzi, a resident of Cariton Hostel and a third-year student of Demography and Productive Health, said there are many reasons why some students are still in hostels.  He said a big number of them lack transport to go back to their homes. He says the closure found him ill, adding that he couldn’t go without completing his doze.

Sheila Nahabwe Kemigisha, a third-year student of Community Development and Social Justice, said she remained behind to read books and work on her research. Nahabwe explains that she agreed with the custodians of the hostel who informed her that they are not responsible for her stay.