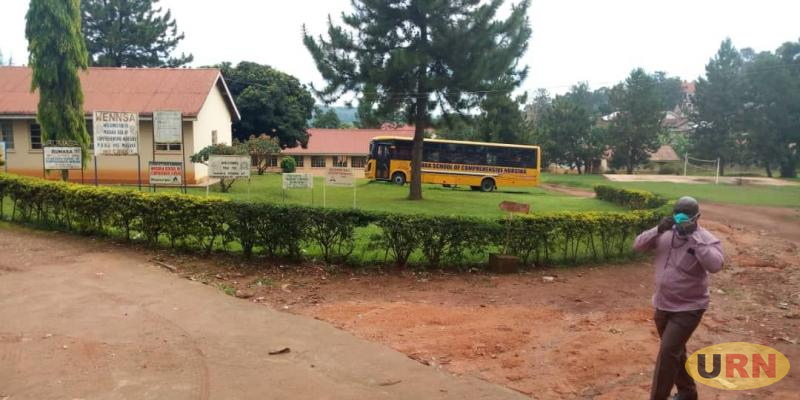 The Masaka Resident District Commissioner, Herman Ssentongo, who heads the District Emergency Taskforce, confirms that a resolution was taken during an emergency meeting with stakeholders on the state of affairs of the area.

One of the eight confirmed Covid-19 cases hails from Masaka district. The victims traveled to Uganda from the United Arab Emirates on March 22rd, 2020, aboard a flight on, which Uganda’s first case was confirmed.

Ssentongo explains that they have designated the school, which is within the proximity of Masaka Regional Referral Hospital to act as an isolation unit for all people believed to have had contact with the suspects.

He says they are in talks with the Health Ministry to equip the facility with emergency handling services, adding that they may now be forced to coerce the public to adhere to the precautionary measures.

Ssentongo says that they have also resolved to intensify enforcement of the preventive guidelines issued by the Ministry of Health and President in the nation address on the virus.

According to Ssentongo, the stakeholders have also taken concern of people that have continued to use the porous border entry points to sneak into the county, a practice they have resolved to stop by all means possible.
At least sixteen people have been quarantined at the center for close monitoring.

They include Congolese and Tanzania nationals who are said to have entered Uganda after President Yoweri Museveni announced the closure of Ugandan borders to contain the spread of the disease.

Dr. Stuart Musisi, the Masaka District Medical Officer has appealed to the community to continue with the vigilance and report people with suspicious symptoms to the health authorities for immediate response.

He couldn’t disclose the facility where the confirmed case is being managed from.