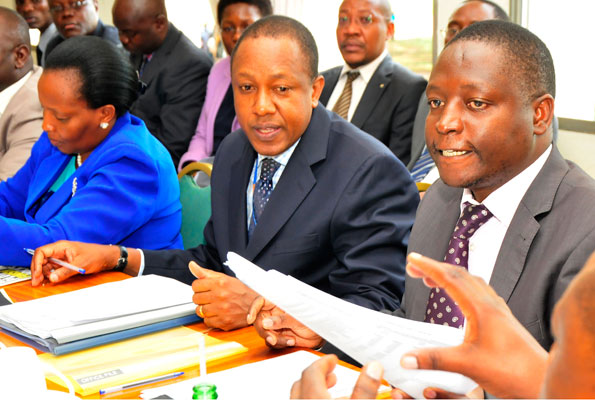 Parliament will scrutinize the 2020/2021 financial year budget estimates electronically in a bid to reduce on committee sittings.

The Speaker of Parliament, Rebecca Kadaga revealed this during plenary on Tuesday, saying despite the coronavirus pandemic, Parliament is still expected to do the budget work.

The budget process is currently at the committee stage, which is expected to present the National Budget Framework Paper to Parliament by the 1st of April.

This will be followed by a discussion of the framework paper by Sessional Committees, which will also submit their reports to the Budget Committee by the end of April.

When the consultations are done, Parliament is expected to consolidate the recommendations and submit them to the President by the 1st of May for consideration.

According to Kadaga, everything will be done electronically in as far as the Budget Committee, Agencies, Ministries, and Departments are concerned.

She says that where necessary, a maximum of four people will sit with the committee to respond to the issues raised. Kadaga also suspended the work of Accountability committees for the next 30 days and suspended non-critical staff for 30 days.

Several heads of departments of Parliament will determine critical staff and suspend the rest. Parliament will meanwhile continue with plenary, according to Speaker Rebecca Kadaga, but with restrictions on handwashing and temperature checks.

Nearly 400,000 people worldwide have tested positive for the coronavirus and 17,000 others succumbed to the virus.  Another 100,000 have since recovered worldwide.