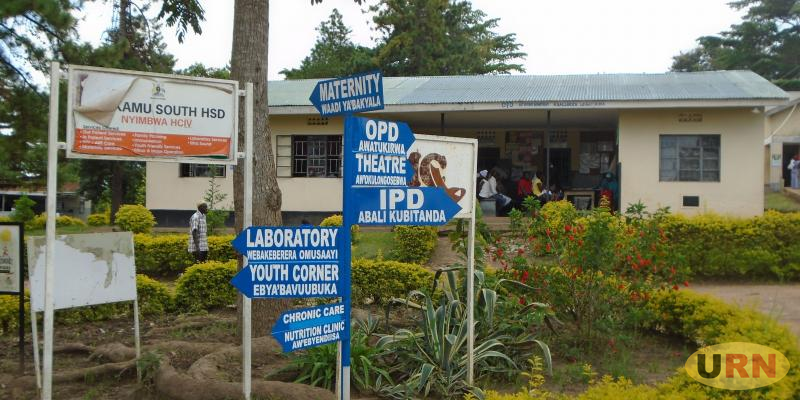 Four people are isolated at Nyimbwa Health Center IV in Luweero district after developing corona like symptoms. According to the Luweero District Health Situational report, the suspects were picked up from Kakute village in Nyimbwa Sub County in Bombo town council, Kigulu zone and Ssekanusu zone, all in Wobulenzi town council.

It is alleged that the suspects complained of signs related to coronavirus including fever, sneezing, and cough. Upon reception of the information, the Luweero District Health Surveillance team rushed to evacuate the suspects and took them to Nyimbwa Health Center IV.

Dr. Innocent Nkonwa, the Luweero District Health Officer, says samples from the suspects have been dispatched to Uganda Virus Research Institute for testing. Nkonwa also revealed that the district has since designated Nyimbwa Health Center IV to host corona suspects.

Nkonwa also revealed that they have secured liquid soap for distribution to all health centers and expect a batch of supplies from the National Medical Stores to enable them to prevent or respond to cases.

Sam Serunjogi, a resident of Wobulenzi town council, says residents called police to pick up a woman after she personally complained of flu, a week after returning from Oman.

Serunjogi says the woman had earlier conducted a General Medical checkup at Bombo Military Hospital and was cleared. However, the flu persisted, which forced them to alert health workers to isolate her until she is tested for COVID-19.

Luweero district has so far responded to 24 suspected corona cases, which are closely being monitored. Some of the suspects, who returned from China, are under quarantine at their homes. None of the cases has tested positive.

Ronald Ndawula, the Luweero LC 5 Chairperson, says he has called a crisis meeting to discuss how to facilitate health workers to ensure they follow every alert to the conclusion. He says they also want to discuss how to sensitize masses on how to protect themselves against the virus.

Uganda has since registered 14 COVID-19 patients