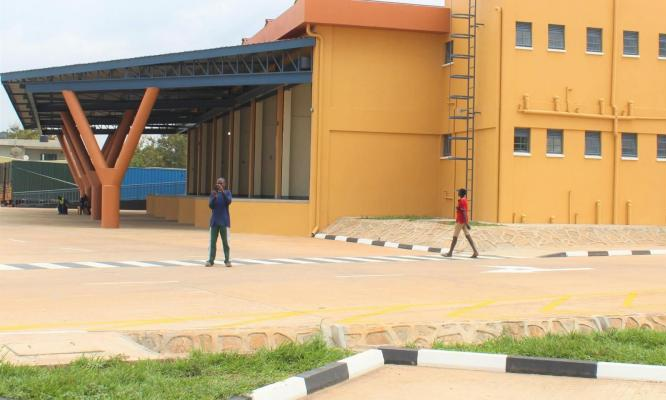 Authorities in Amuru district are worried over the illegal entry and exit of South Sudanese in Uganda at the Elegu border post.

Amuru district authorities last week blocked the entry of people from South Sudan and exit into South Sudan through the Elegu border post following a directive by President Yoweri Kaguta Museveni in a bid to avert the spread of COVID -19 into the country.

The checkpoint and parts of the border are currently being manned by heavily armed security officers from both sides of the border.

But Michael Lakony, the Amuru district chairperson said that they have been informed by local authorities and residents in Okidi North Parish, Attiak Sub County that several people are illegally entering and exiting to South Sudan to sell and buy commodities including cooking oil, salt, petrol and diesel among others.

Lakony says the residents both from South Sudan and Uganda are reportedly crossing over through River Unyama and later move along Attiak Sugarcane plantation which has no security personnel. The water levels at River Unyama have reportedly reduced due to little rainfall.

According to Lakony, this has not only put Amuru district at the risk of spreading  COVID -19 but also put the lives of Ugandans in danger.

Patrick Jimmy Okema, the Aswa River Region Police Spokesperson said that security and the district COVID -19 task force are yet to draw plans to ensure that this is stopped with immediate effect.

Also, 250 South Sudan nationals who were stranded at Bibia Primary School in Attiak Sub County Amuru district were on Tuesday allowed to vacate Uganda and travel back to South Sudan within just one hour.

Michael Lakony, the district chairperson said that the tough decision was taken to avoid congestion at the border post and because of lack of logistics to cater for the affected persons within the 32 days that the border will be blocked.

The dozens had on Sunday last week boarded from Kampala to South Sudan Capital Juba but were blocked by authorities and security personnel.

Uganda has now registered 14 cases of COVID -19 as of today. World Health Organisation declared the disease a pandemic.