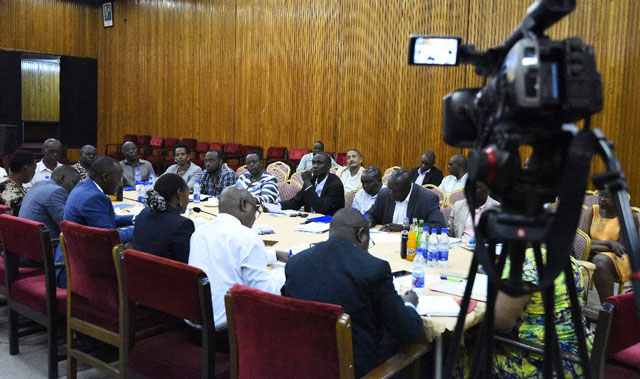 Members of Parliament have tasked the Ministry of Finance and Economic Development to explain the failure to pay Ugandan traders who supplied goods to South Sudan.

In May, Parliament approved up to 900 billion shillings to pay traders who supplied war-torn South Sudan between 2008 and 2013.

This follows a mutual agreement between South Sudan and Uganda in 2010 in which Uganda agreed to pay the money and treat it as a loan to the government of South Sudan which will pay it in a space of 10 years at a six percent interest rate after the first year.

However, 21 more companies were added by Parliament in 2019. However, to date, the Government has not yet paid the traders.

However, the Speaker of Parliament Rebecca Kadaga on Tuesday evening questioned why the Finance Ministry had contracted the audit firm, Ernst & Young, instead of using a Government body like the Auditor General.

Kadaga questioned if Government had now given a vote of no confidence to the Auditor General and that’s why they opted for the audit firm which has delayed the process.

Othieno Okoth Richard, West Budama North MP said Government is hesitant to pay the money because of the additional list by Parliament.

Lucy Akello, the Woman MP Amuru says the 2 billion shillings that Finance paid Ernst and Young could be used to compensate the traders who are currently suffering, with no capital and money to invest.

James Baba, the Koboko County MP says the South Sudan traders contributed a lot to the backbone of Ugandans economy, and unfortunately the small players are not indicated in the list of compensation by Government.

He says the Government needs to compensate the small traders, and document their losses.

Ngora MP David Abala says Government is downplaying the suspicious payment. He says he has reliable information that some government officers will benefit from the confusion.

When asked to respond to the matter, the Minister of Finance in charge of Planning David Bahati requested Parliament that they should summon the senior Minister Matia Kasija to handle the issues that have come.

Parliament resolved to reaffirm their position on payment of the 10 companies and the 21 newly added.