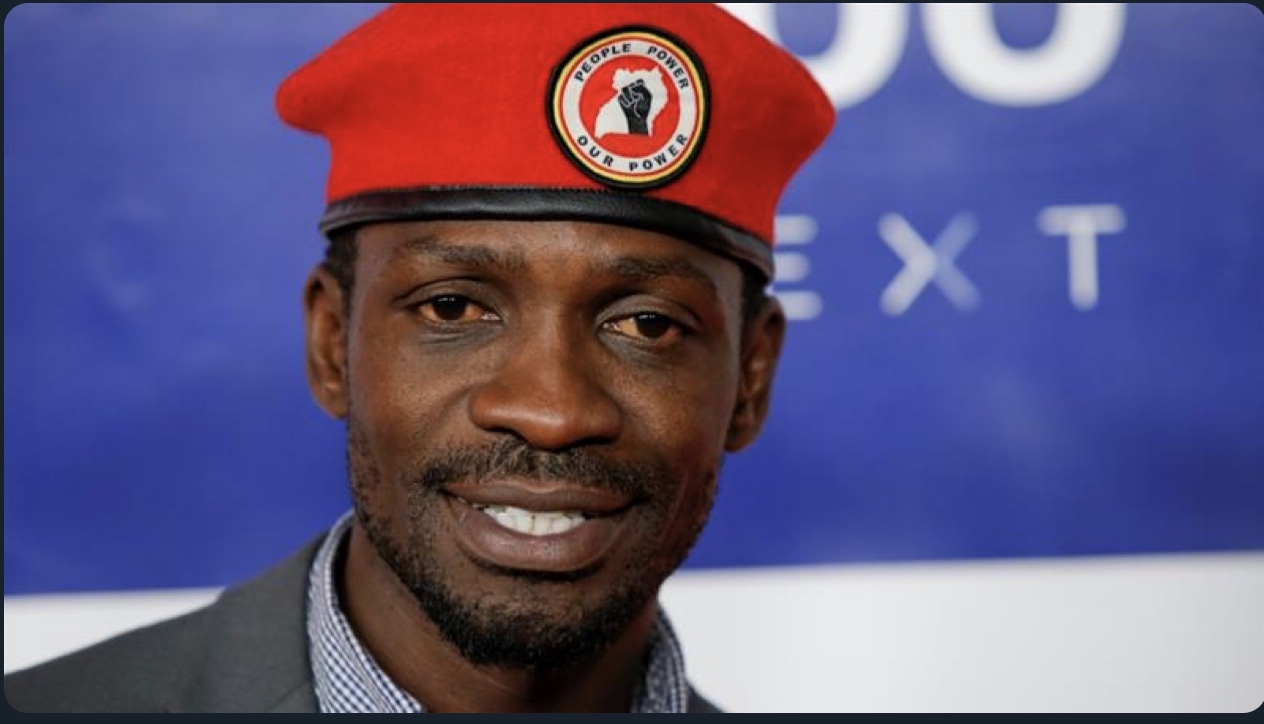 Bobi Wine, a musician-turned politician teamed with his long time music fellow Nubian Lee to write a song alerting the world, especially Ugandans, about the dangerous coronavirus pandemic and the need to join hands to see it’s demise. These two reached out to Sir Dan Magic, a music producer and within moments, the song was already out. This would later be followed by thousands of tweets, Facebook posts and thousand blog posts from prominent accounts.

The song did not end on social media but made its debut to Cable News Network (CNN). This was the first time ever for a song to play in a news bulletin with Mr. Wolf. Aljazeera, Voice of America, Citizen Tv and so many others could not fail to mention the song in their page posts. The World Health Organization did not sit back but officially recognized the song by posting it on their official Facebook account.

The Ugandan community too received the song with massive support with Dr. Kiiza Besigye, a prominent opposition figure, Robert Kabushenga and so many journalists welcoming it and commending the work of the Presidential hopeful. 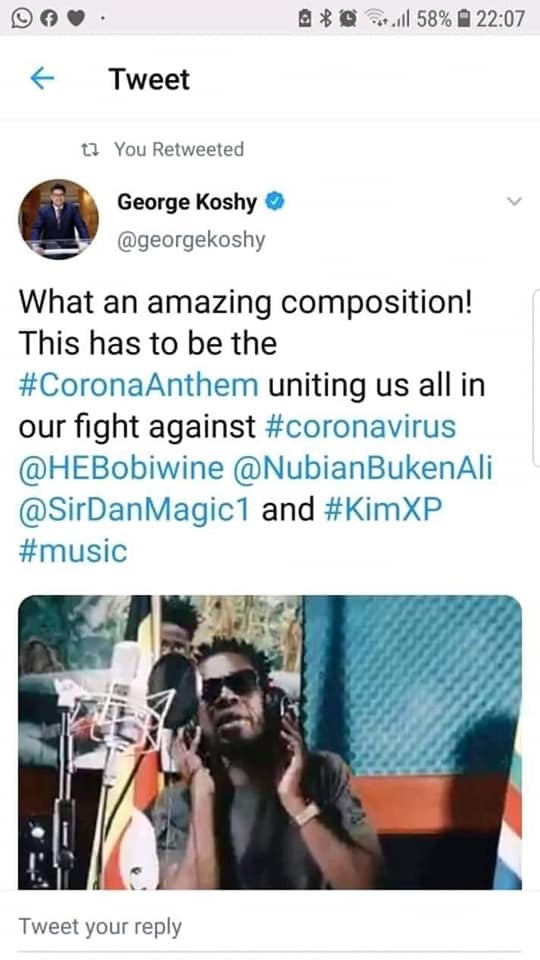 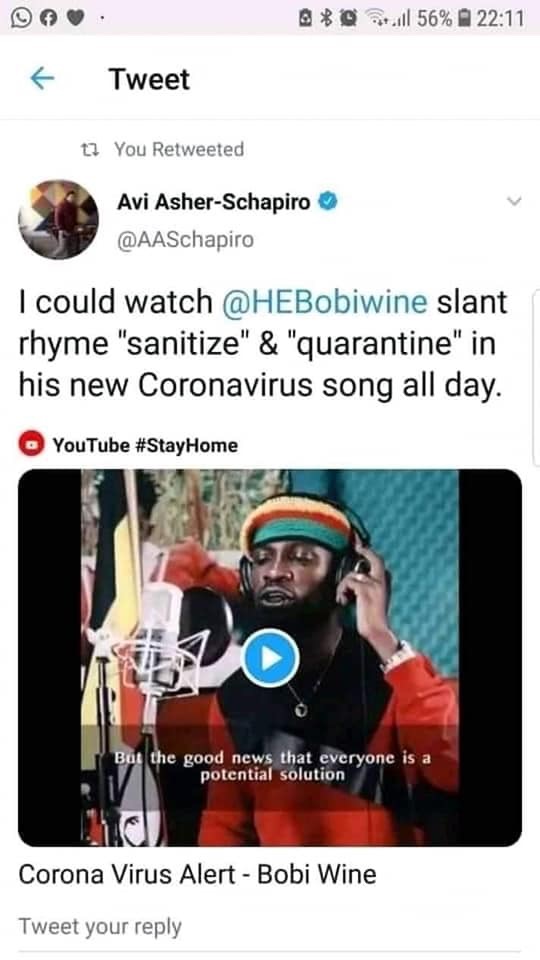 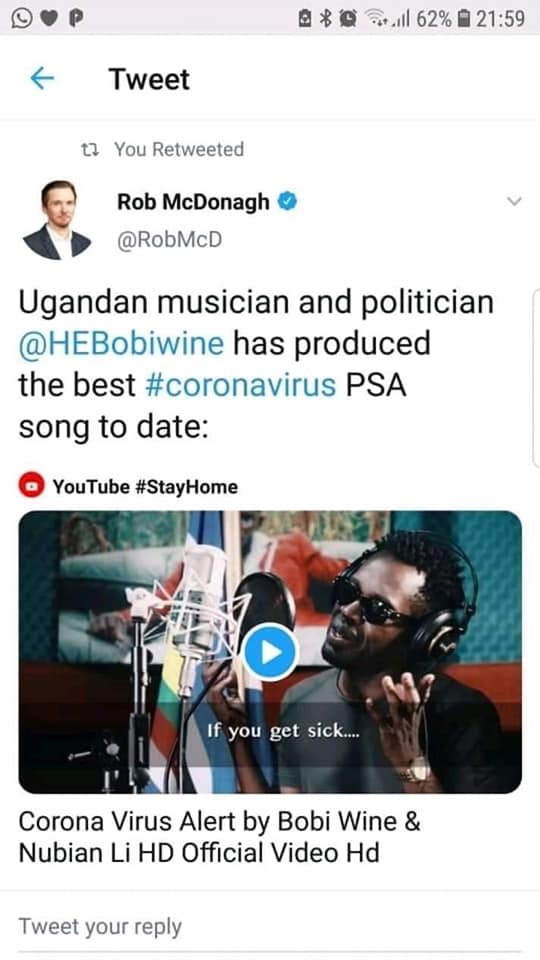 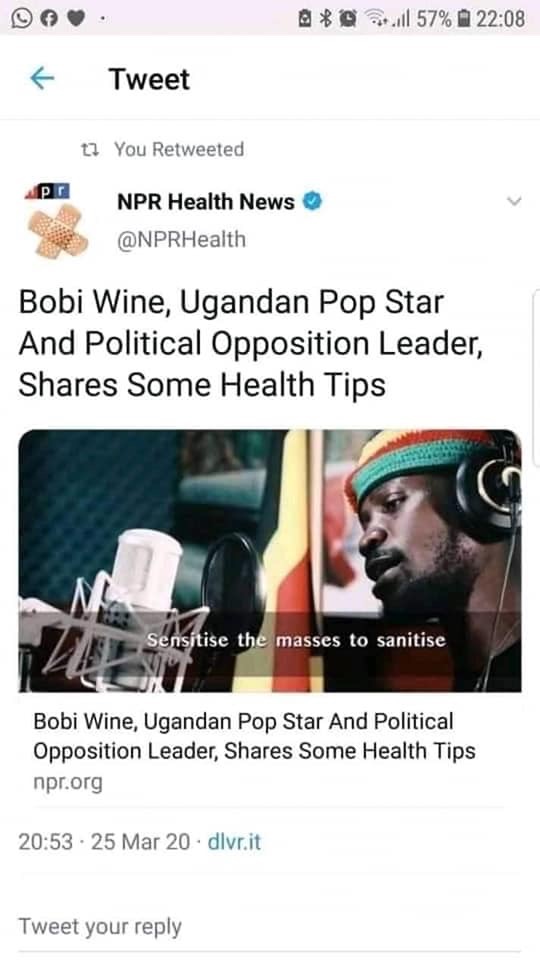 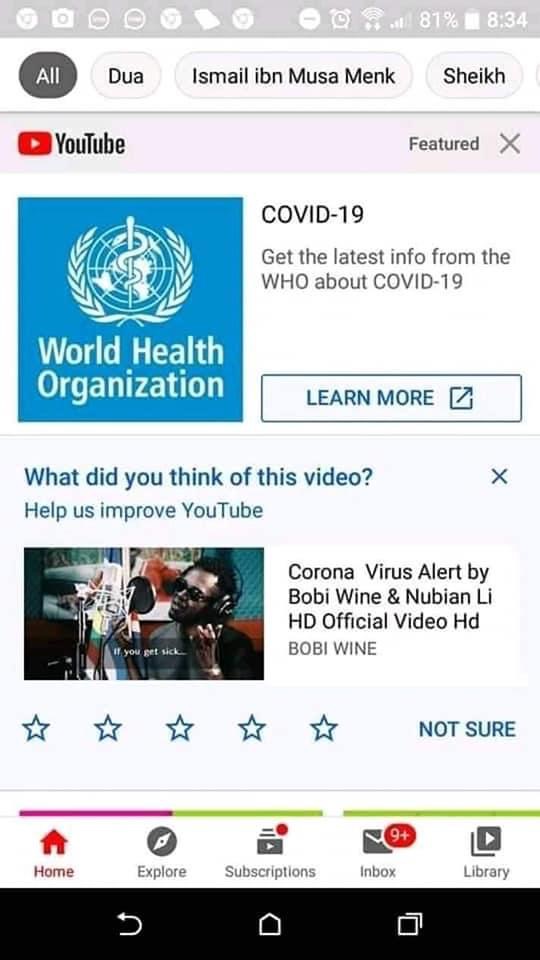 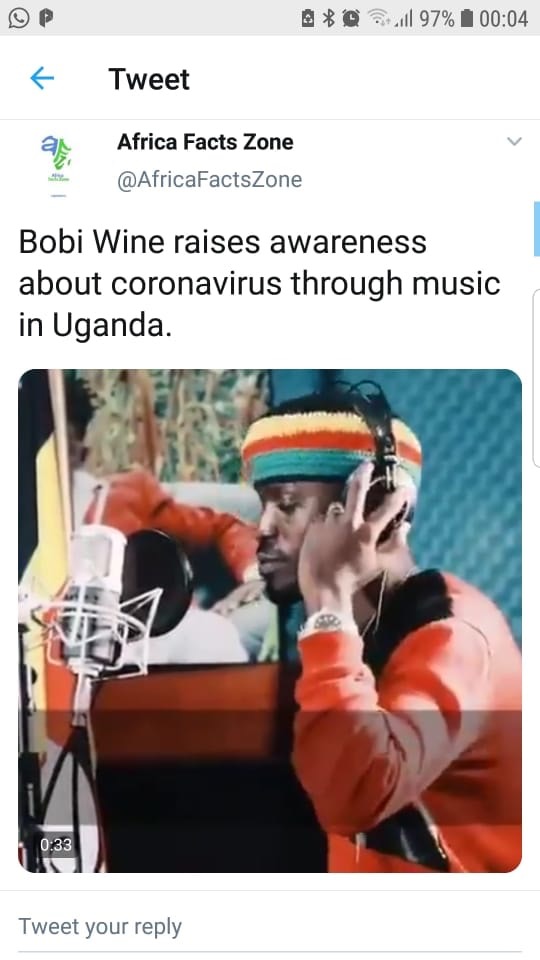