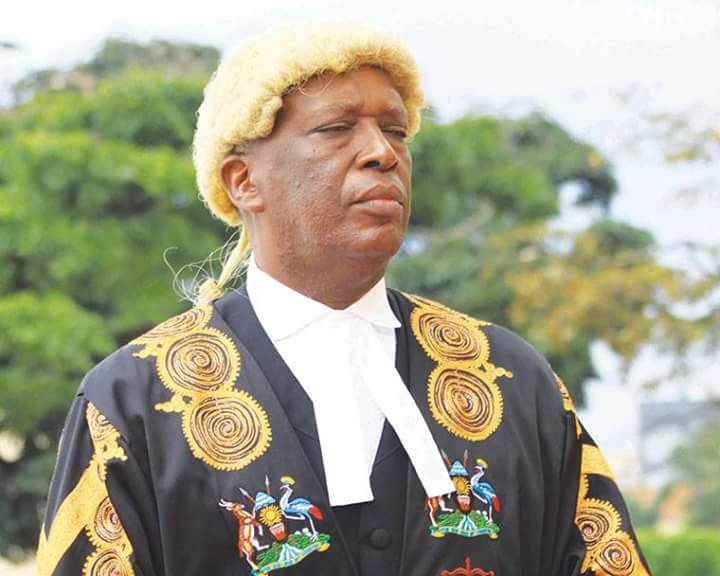 The constitutional court has nullified the infamous public order management act which has been authorizing the police to disperse people’s gathering.

In the court ruling given by his lordship the justice of appeal, Kenneth Kakuru, court found that section 8 of the public order management act is unconstitutional and hence null and void. The petition no. 56 of 2013 had been jointly lodged in by a team of organisations led by the Human Rights Network Uganda, The development network of indigenous voluntary associations (DENIVA), Uganda association of female lawyers (FIDA), Muwanga Kivumbi and Bishop Zac Niringiye against the Attorney General.

In his ruling, Justice Kakuru said verbatim, “I have had the benefit of reading in draft the judgment of my learned brother Cheborion Barishaki JA/JCC. I agree with him that this petition raises issues for constitutional interpretation. Kiryabwire and Musoke, JJA/JJCC A also agree that, the objection to it by the respondent on that account is misconceived and without merit ought to be dismissed. Cheborion Barishaki, JA/JCC has in his judgment ably set out the representations, the background to this petition and the…”

The dismissal of this oppressive act implies that thousands of activists lounging in prison over the same will be set free automatically since the case won’t stand anymore. The public order management act, 2013 was initiated by former prime minister, John Patrick Amama Mbabazi who later on dramatically turned into its victim during the 2016 presidential campaigns. 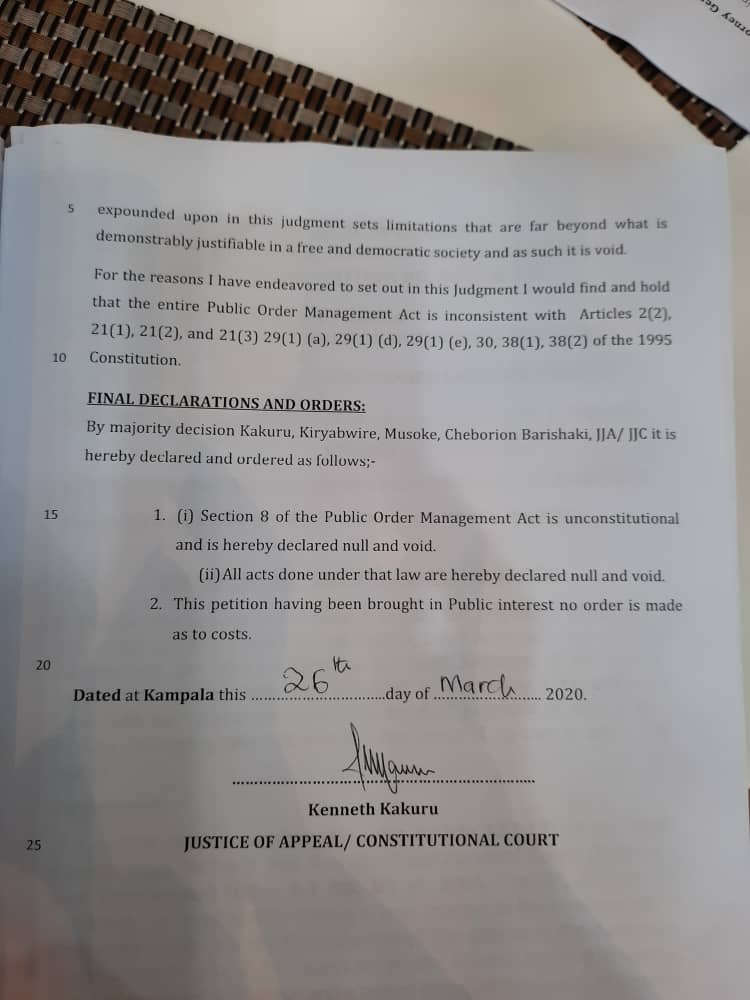 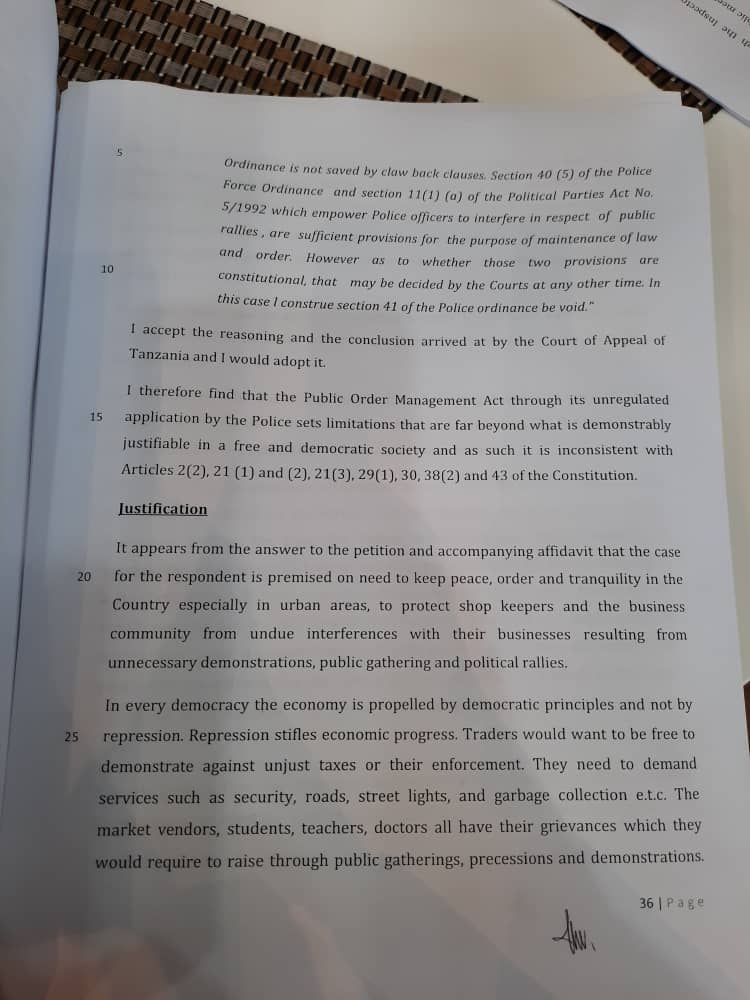 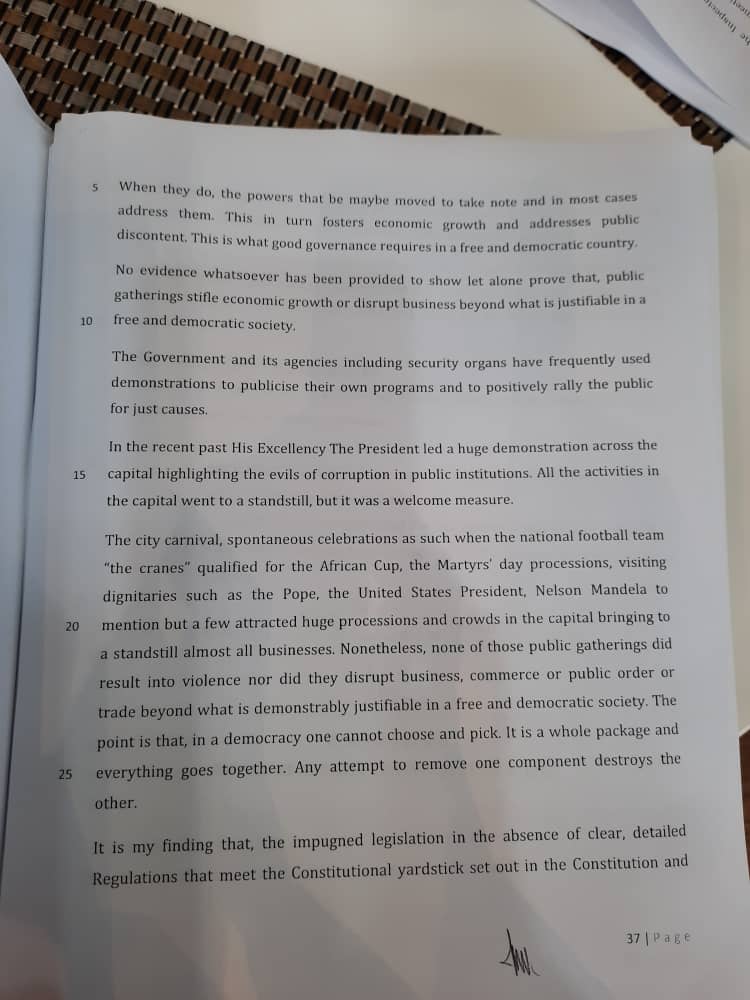