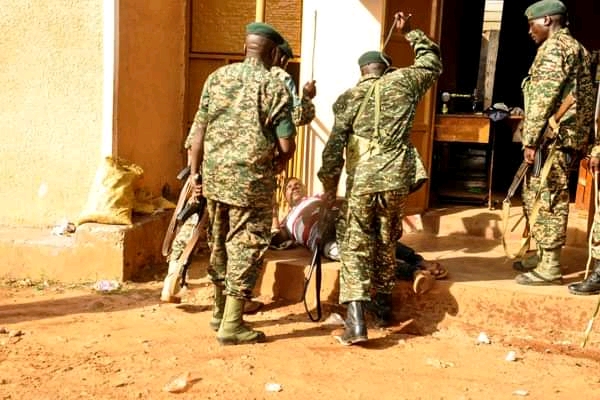 The city was for the first time decongested with some street having no single motorist (Boda Boda)or public transport means (taxis). However, in the early morning hours, police had to turn violent on some motorists in Kasubi, a Kampala suburb who had defied the president’s directive as they went ahead to carry passengers. Elsewhere in Nsambya, police is deployed on streets to arrest any cyclist carrying a passenger. However, some cyclists played tricks and dropped off passengers midway as long as they spotted a road block ahead. Cyclists from the Makindye side dropped passengers around Nsambya catholic church and took a uturn on being hinted about police’s mounted road block at Radio sapientia towards the US embassy.

In the old taxi park which is known to be the heartbeat of the city or the central business spot, there was barely a passenger taxi as all had vacated the night prior. In Wandegeya, police intercepted several vehicles suspected to be carrying more than the required number of 3. Motorists were stranded in a traffic gridlock across all major streets of Kampala. Outside Kampala in the neighbouring Entebbe, buses belonging to the Civil Aviation Authority were intercepted and all passengers ordered out.

In Mbarara, taxi drivers did not bother coming to the park as they heeded to the president’s orders.

In Mukono, dozens of defiant motorists were arrested and their Boda Bodas were impounded by police.

In Masaka, a couple of buses were impounded as drivers declined to adhere to president Museveni’s ban on public transport.