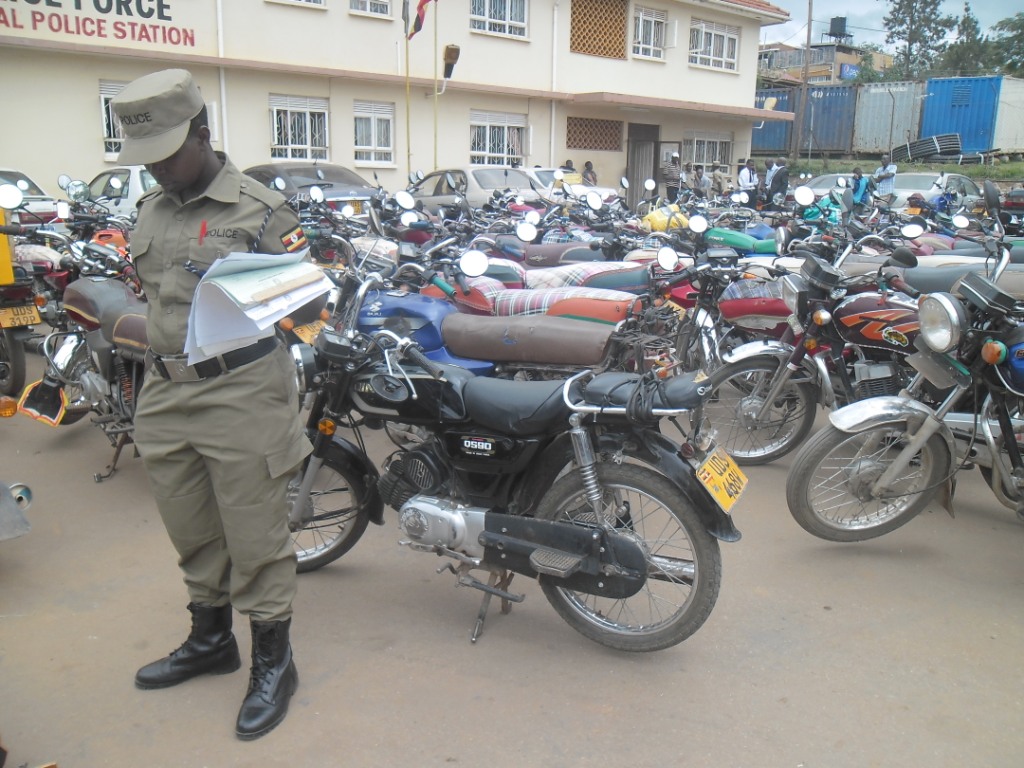 Security agencies led by traffic police have today impounded dozens of boda-bodas because the riders have defied President Yoweri Kaguta Museveni’s directive to stop public transport for 14-days in the drive to control spread of COVID -19.

A traffic officer at Kyaliwajjala said they would not spare any motorcycle that is carrying passengers because the president’s directive must be respected. “Imagine some of these motorcycles were ferrying two passengers. Today we have impounded motorcycles but tomorrow we shall also arrest riders and their passengers,” said the traffic officer who preferred anonymity.

One Amos Kitimbo whose motorcycle was among those impounded said he would rather die of COVID -19 than dying of hunger. He claimed that he eats only when he rides his motorcycle and has no other financial means.

John Tumwebaze claimed his motorcycle was impounded yet he was not carrying passengers. Tumwebaze said he would wish to travel back to the village but he fears he will have nothing to do or eat while there.

Traffic officers said they would compile numbers of impounded motorcycles and share them with Kampala Metropolitan traffic police commander, Norman Musinga or traffic spokesperson, Charles Ssebambulidde, who will give actual figures to the media later in the day.

Uganda has so far confirmed 14 COVID – 19 cases since Saturday. At least 21000 people have been killed by the virus worldwide whereas total infections stand at about 472,500.