I shouldn’t have left the country, Kenzo finally admits 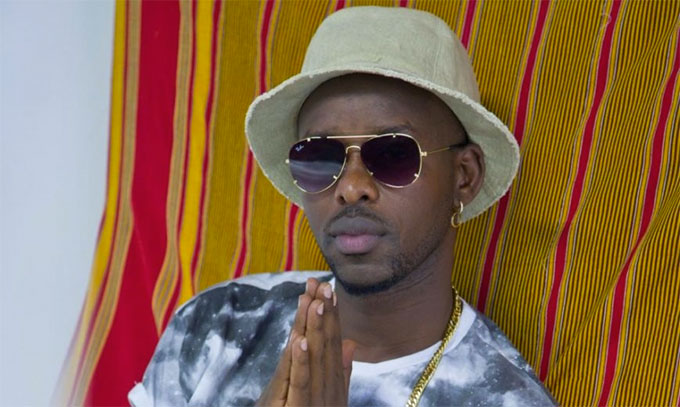 The B.E.T Award winning Ugandan artiste, Eddy Kenzo has finally swallowed his pride and bowed to Ugandans in pursuit of an apology.

The musician is one of the many Ugandans stuck in the diaspora after a presidential directive calling for an immediate ban on flights. Kenzo had gone to Ivory Coast for a music performance at the time the directive was given. He has since faced ridicule from Ugandans who labelled him a ‘cry baby’ that always wants special attention, recognition and treatment. Kenzo will look at this year, 2020 as one of the worst he’s had in his career. From losing his loved one (Rema) to a fellow man, to getting stuck in a wrong timing in a country where he’s not an indigene. In his post, Kenzo explains what has made him stuck in the West African country battling a pandemic that is more alarming than back home in Uganda. Life has since not been the same for the musician who is rumoured to be struggling with meeting the expensive life in Ivory Coast. Sources anticipate the musician might even run broke and yet he has been a staunch friend of President Museveni and his NRM government to which he has sang praises for. Kenzo now spends most of his time blogging for a living as seen in his Facebook posts that have since changed. Contrary to his “Eno ensi tenemazaamu” lyrics which communicate that earthly life can’t move him, the musician has been pleading to return home as the COVID-19 pandemic eats up West Africa.

To some of you who say as to why I traveled out of Uganda in such an unsuitable condition worldwide, you all already know that by the time I left Uganda, everything was fine and stable though the virus had started to spread but it wasn’t that so scary as it is now.
I even managed to reach safely in Ivory Coast and a had a successful performance. Afterwards my band boarded back but I was on the next flight of which it was cancelled and I didn’t manage to come back home.

And another thing, I had signed a contract with someone and of which I couldn’t just wake up and terminate it when himself (the promoter)still had all plans of going on with the show as prepared. If I did so, I was entitled to pay for all the damages of which it always takes too much money to execute an international gig, for example he had bought tickets for almost ten people from Uganda, the sums of money injected in promoting the show and sort of. And I couldn’t afford to payback all that money although, I wouldn’t also wish to leave my homeland in such an unfavorable situation.

So you all who say why I did so, bambi at times you need to always think and analyse all that before judging others.
Otherwise let’s stay safe and continue praying for each munsabire nange mbasabire so that we overcome this.
Cases are accumulating each and every day here in Ivory Coast, honestly people are sick. May God protect you all back home and elsewhere🙏